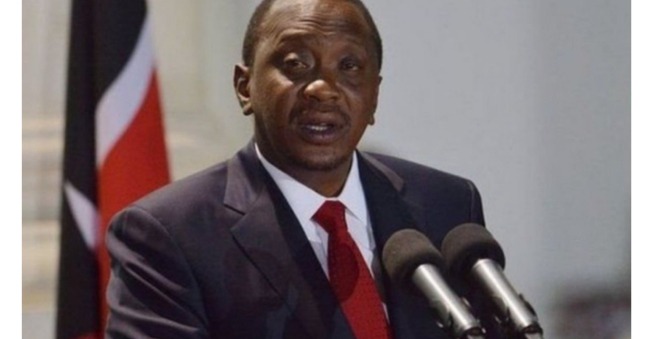 According to a witness, the head of state was driving a normal car, and no one could notice that the state leader is around. When Uhuru arrived at the gate, the soldier did not allow him to enter inside. The security officer unknowingly asked Uhuru for money (bribe) before letting him in.

Surprisingly, President Uhuru removed some cash and offered it to that guard. The officer was observed pocketing the cash and directing Uhuru to a regular parking space. He asked him to park his car there and assured him that everything would be fine.

As reported by "The Star" nobody has ever expected that Uhuru Kenyatta can be asked to give bribe in any place. It is not so clear what happened next after the watchman realized that he had received money from Uhuru.

Few months ago, President Uhuru Kenyatta said he will make no covenants with evildoers or show mercy to corrupt officials in government. He warned that those who are out to “rig our markets to enrich themselves” have no place in his administration.

Saying the war on graft is unstoppable, Uhuru said no administration in the history of the country has prosecuted corruption cases with the same vigour than he has done.

“I want to renew my pledge to you on this fight. I will not turn to the right or to the left. I will not soft-pedal or backpedal,” he said.

However, the President said the war against graft was being hampered by the Judiciary due to lack of convictions.

“I have been on the front line. And since I respect the principle of separation of powers, I have no powers of convicting the accused. I have done my part. And I will continue to do so.

Now the Judiciary should give us convictions as an indication that we are winning in this war,” he said.

Is It Real? Tanasha Donna Reveals The New Her After Taking A Social Media Break

37 Things To Learn From A Past Failed Relationship

How To Tell Bae You Have Missed Them Without Using Words