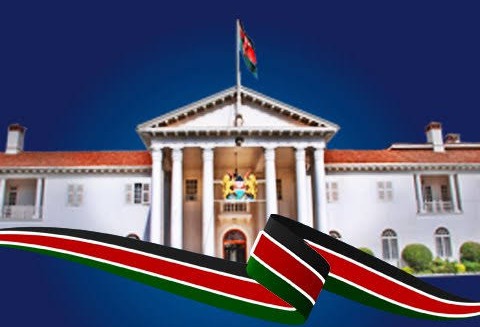 The republic of Kenya is being governed by the Jubilee government that was made by the incumbent President, Uhuru Mwigai Kenyatta and the incumbent deputy President, William Somoei Ruto, over 8 years ago after the two leaders decided to make a common party. The coalition is ruling the country for two consecutive terms since it came to power in August 2013 through the majority of the election votes in the 2013 general elections.

This has made the living standards of the people in the country to deteriorate because majority of them can not afford the frequent rise of prices on the basic commodities. For this reason, the country needs an able leader who will be able to fix the country's economy and all the problems that are haunting the country. Personally, I think the former deputy Prime Minister, Musalia Mudavadi, is the right person for this job. This is because Musia is a humble leader and free corrupted person in nature.

A Nissan Extrail Allegedly Burns Down Along Mombasa Road At Mlolongo.(Photos)

Newspaper Headlines For August 2: OKA Leaders Advised To Work With Raila For 2022 Win