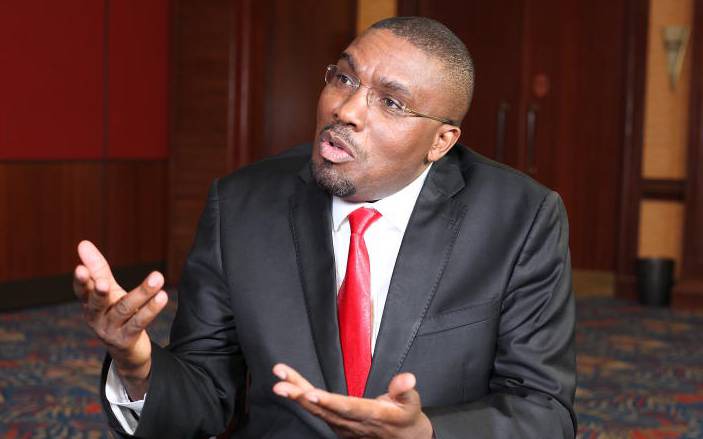 Former Mukurweini MP Kabando Wa Kabando has now opened up on what recently befell him after an encounter with ODM boss Raila Odinga.

He has since shifted from his earlier anti-Raila stand and now says that they are getting closer and are even having discussions with the former Premier.

In a tweet, he says that he recently had a talk with Raila, where he told the veteran politician that some of his allies are not good people as he might think.

This, reveals the ex-Assistant Minister, he said in the company of some of the people close to Raila, which saw him called for a scolding early the next day.

"If power means unfair access to state funds, leaders are surrounded by guys full of phobia, extremism. I know this of Raila Odinga as of others. Recently told him so face to face only for one present to call me next day 6am asking why "told Baba that". H.E Raila tolerant leader," says the vocal politician. 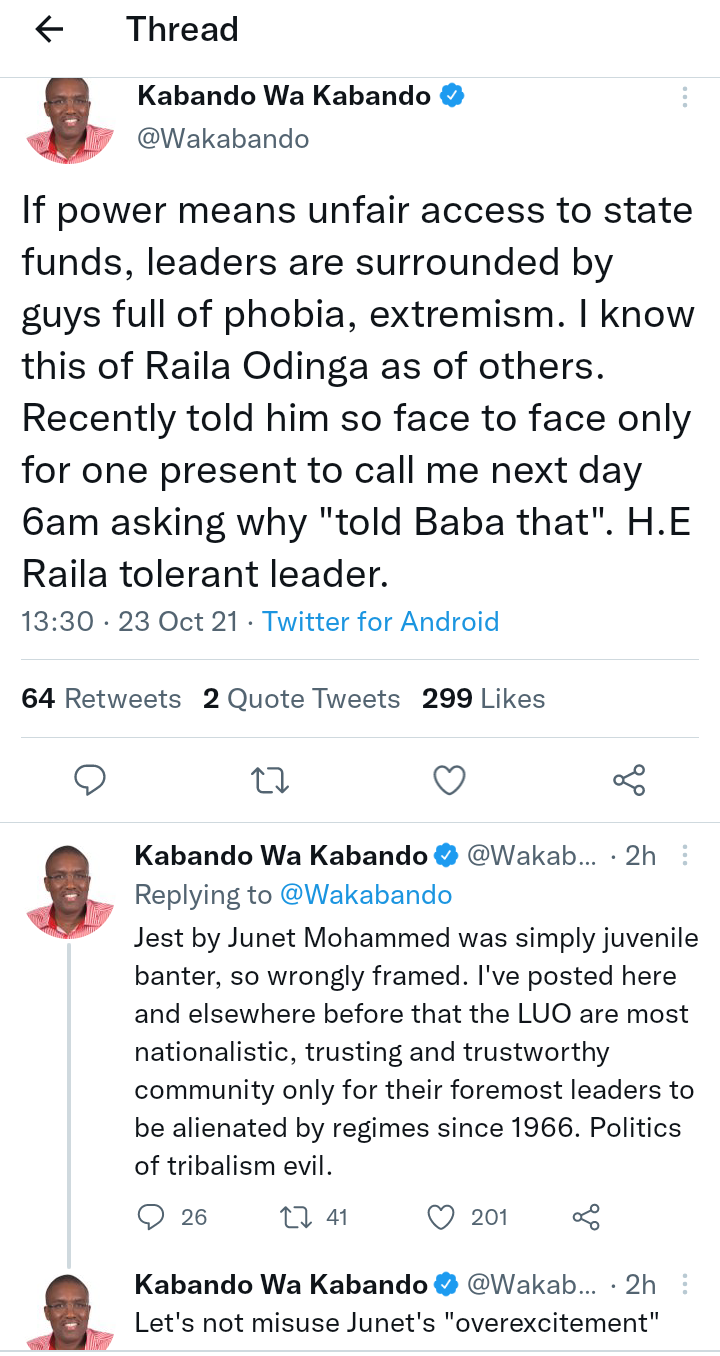 Kabando was reacting to Suna East lawmaker Junet Mohamed's controversial remarks when he accompanied Raila to Nyamira County on Friday.

Junet said that a Raila presidency in 2022 will mean that the government belongs to the Nyanza region and the others will be treated as outsiders.

Kabando has now listed him among the people close to Raila who he thinks are a bit bad, but says that this should not be used to judge Raila or his candidature.

For him, Junet was only overexcited because Nyanza has for long been feeling alienated but this could worsen the same feeling in other affected areas.

"Let's not misuse Junet's "overexcitement" over a Raila Presidency possibility to cast any community in negative light or to invite ethnic demonisation and phobia. As well, let's also appreciate that there are regions and communities that have suffered alienation, stigmatisation," he adds, also in a tweet.

" You Had Been An Obstacle In Raila's Journey, " Kenyans Respond To Musalia Mudavadi's Apology

Nyeri: 2-Day-Old Baby Crying Uncontrollably, Rescued By A Teacher Inside A Lonely Bush