By The.Politician (self media writer) | 1 month ago 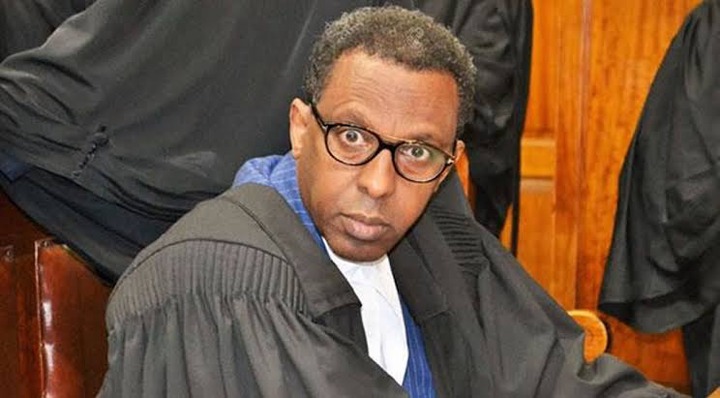 According to details from his twitter page, the Senior Counsel said that, Uhuru and Ruto got 90% voter turnout of their 7.2 ethnic base while Raila had 90% turnout for 1.8 m votes in Luo Nyanza. 80% turnout in Ukambani and 65% in Western. 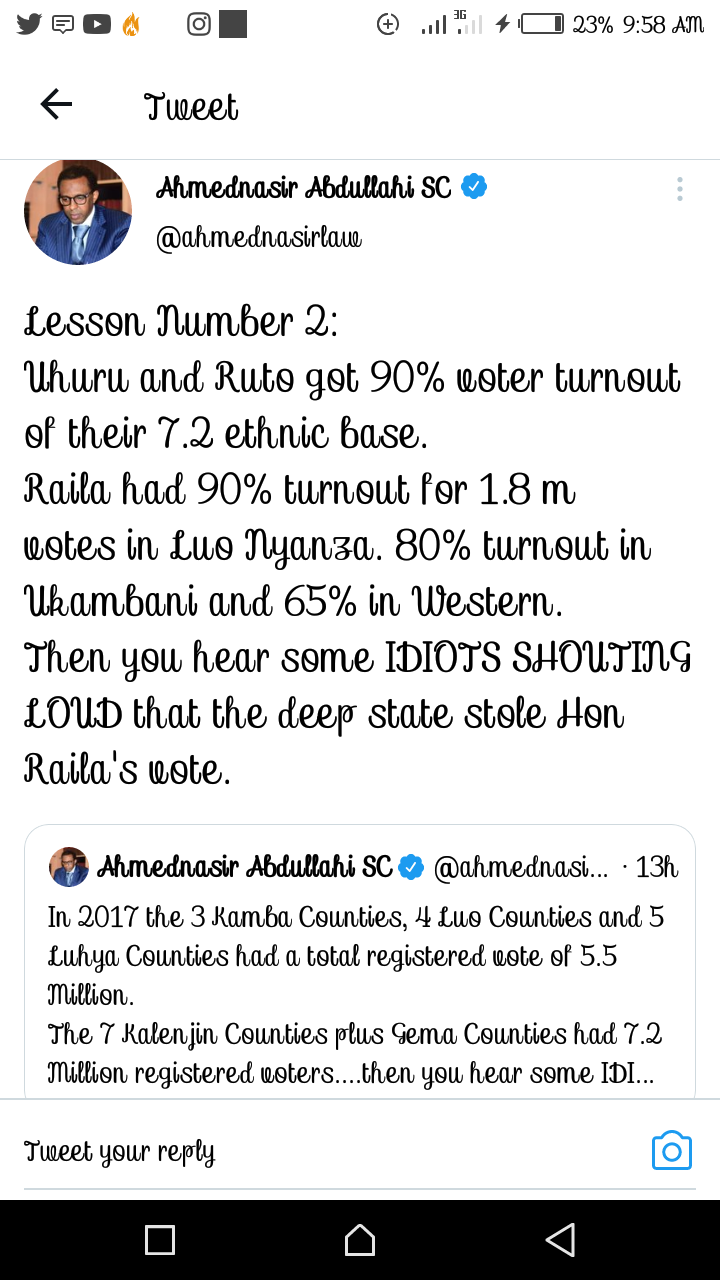 "If whatever Grand Mulla is saying is lie 🤷 why all this clamour to campaign in Central Kenya by Baba?If he won 2017 he shouldn't care about their numbers." A comment read.

"K E N Y A N S....... SC is high... The guy is stuck. 2017 is the worst time in his life. He was HUMILIATED .. RIDICULED... BEATEN... FIRED!! BaBa aliadhibu na kufunza grandmullah a lesson. Uhuruto fired him. Maraga devalued his integrity. Court humiliated him." A comment read.

"What is idiotic is misrepresenting facts. If you campare voter turnout for mps in the Ruto Uhuru strong hold & presedential votes there is complete mismatch. Its like some voters only voted president and left. 90% turnout is a fluke." A comment read.

"I know your biggest fear for Tinga being elected as a president is that you will be limited to accessing those dirty deals you selfishly enrich yourself with instead of lending a hand back in your Hot and Dry area." A comment read.

"You couldn't convince the court how jubilee didn't steal elections. You even objected that the servers shouldn't be opened. We know you're at pain that uhuru fired you and he no longer acquires your service. Bwana, look for the attorney General position in uda government in peace." A comment read. 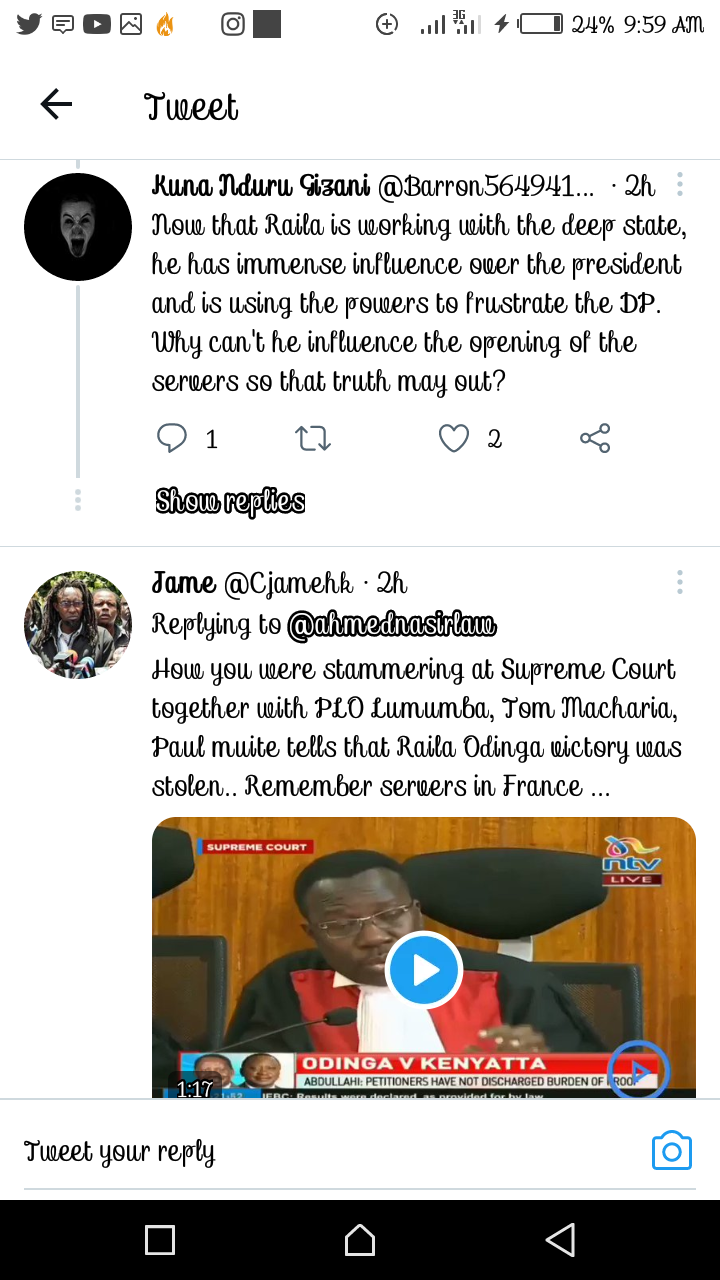 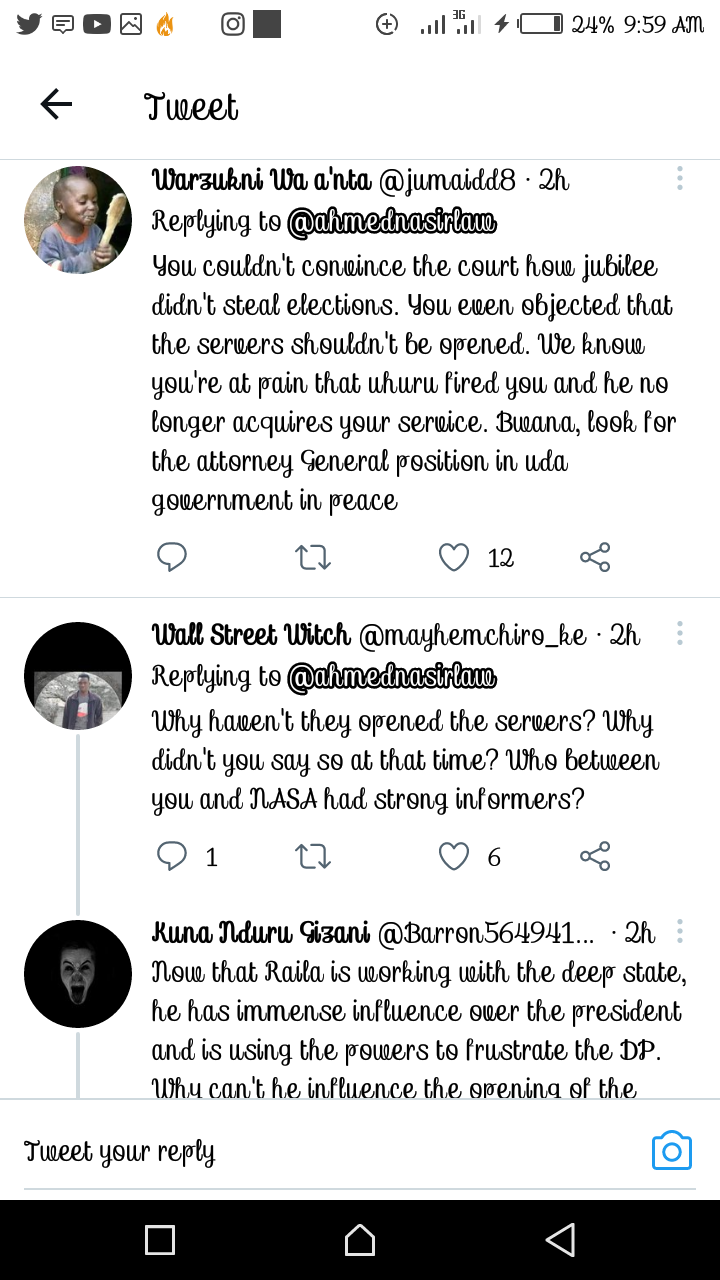 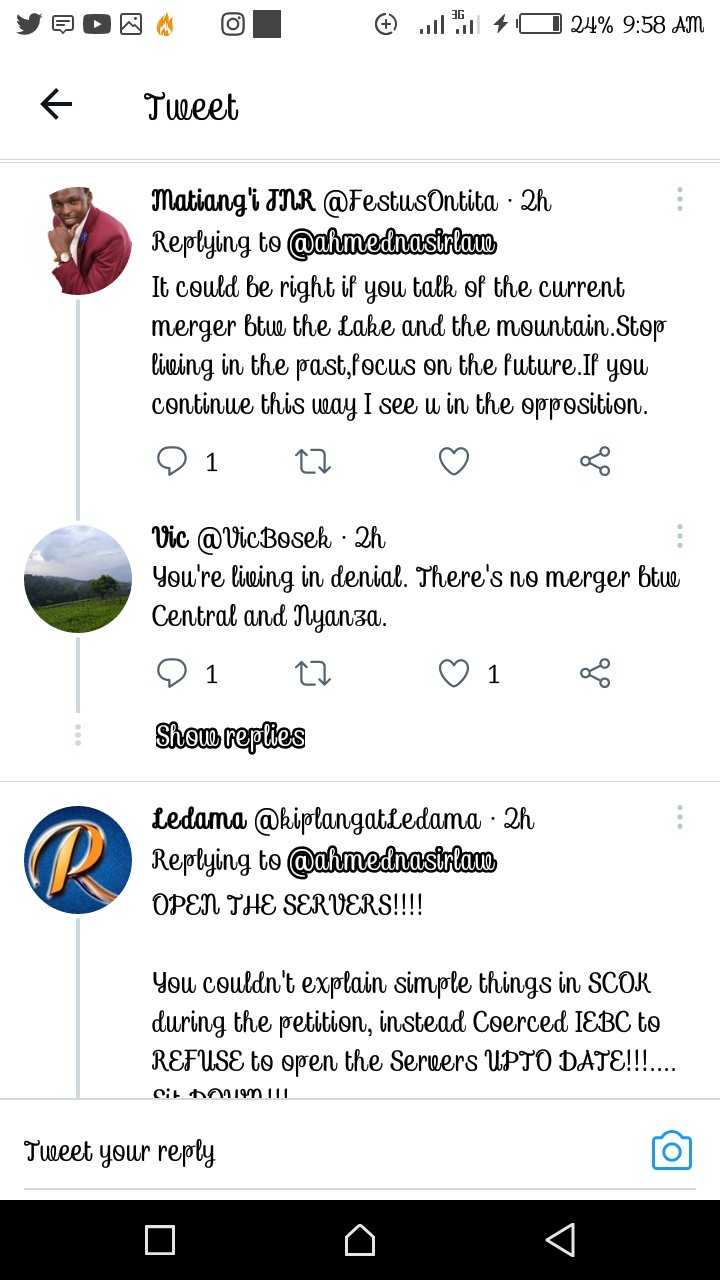 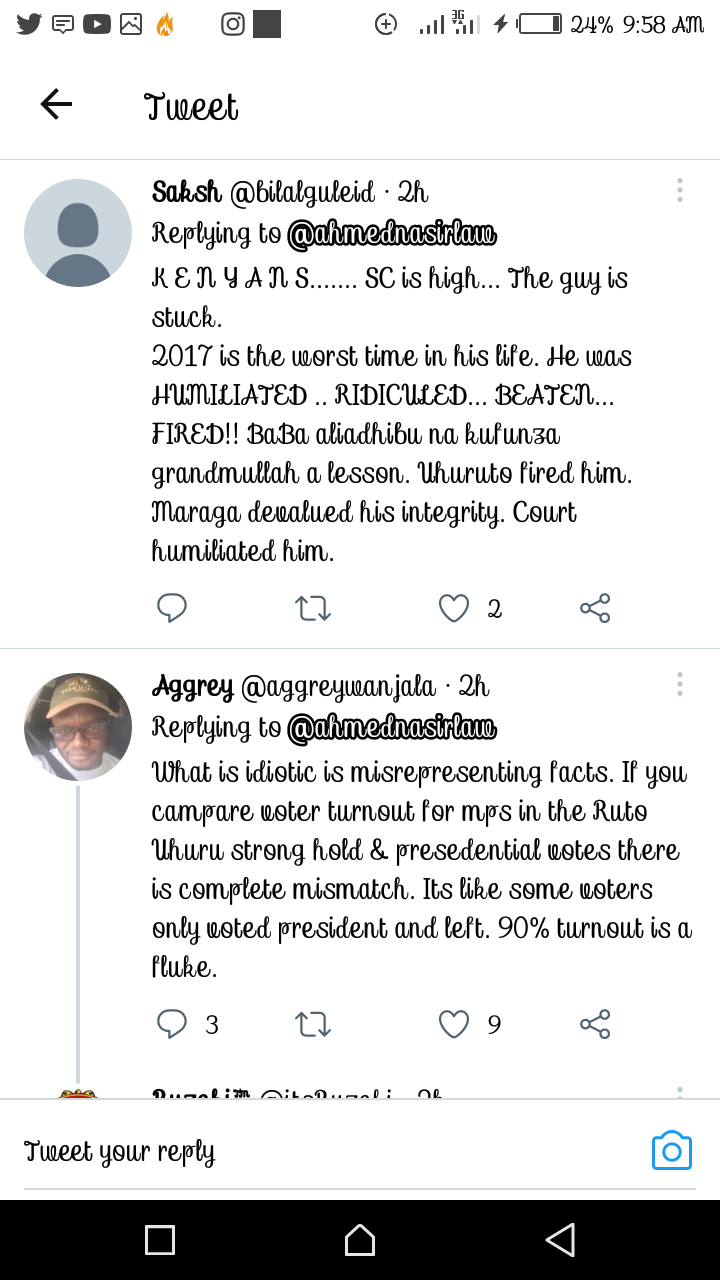 Content created and supplied by: The.Politician (via Opera News )