By NyangeriMomanyi (self media writer) | 4 months ago

The National Integrity Alliance has provided the Independent Electoral and Boundaries Commission (IEBC) with a list of political leaders who should be barred from running for any leadership position in the August 9th General Election.

"Integrity Alliance tells IEBC that Rigati, Sonko, Waiguru, and Babu Owino should not be allowed to run," Citizen TV posted on its Facebook page. 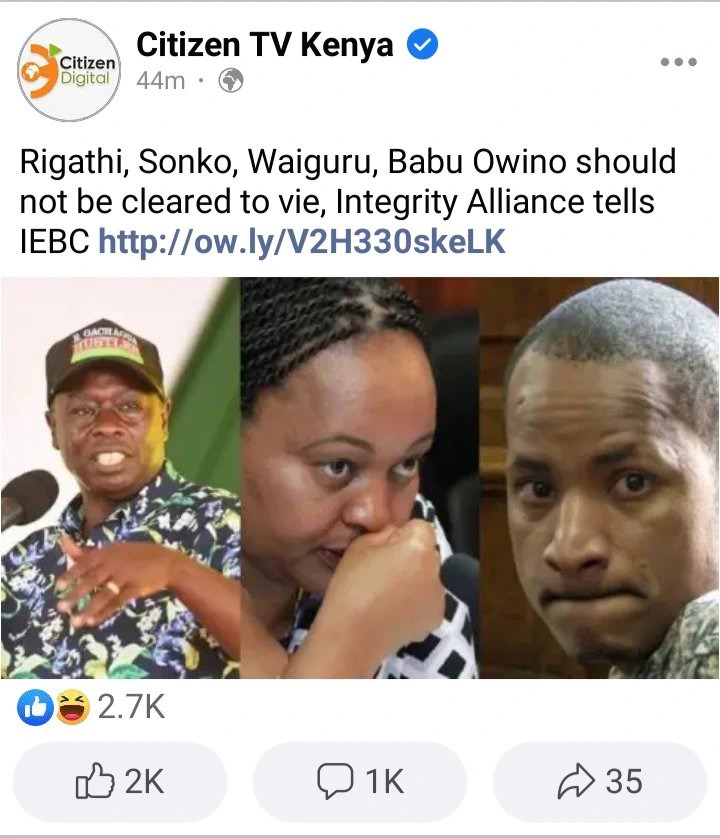 These finalists are considered to have undesirable integrity, including allegations of fraud and graft. For instance, vice presidential candidate Rigathi Gachagua of the Kenya Kwanza Alliance is accused of squandering public funds.

The Integrity Alliance has informed the IEBC that Rigati Sonko Waiguru Babu Owino should not be allowed to run. 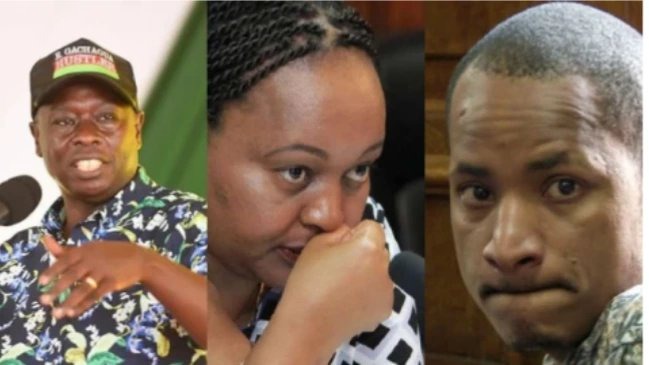 complete list of leaders is listed below. NIA has ruled them ineligible for leadership positions.

2. Aisha Jumwa, who is running for governor of Malindi,

Ali Korane, who is standing for the governorship of Garissa,

4. Anne Waiguru, who is running for governor of Kirinyaga.

5. Babu Owino, who is running for MP in Embakasi East,

6. Leophas Malala, who is running for governor of Kakamega.

7. Daniel Manduku, who is running for the Nyaribari Masaba MP position.

Didmus Barasa, who is running for an MP slot in Kimilili,

9. Evans Kidero, who is running for governor of Homa Bay.

10. Fahim Twaha, who is running for the position of governor of Lamu.

John Walukhe is a candidate for a seat in the Sirisia parliament.

Joseph Samal is a candidate for the Isiolo North parliamentary seat.

16. Lilian Omollo, a candidate for a senate seat in Embu.

Mathew Lempurkel, a candidate for the Laikipia North Member of Parliament slot.

Mike Mbuvi Sonko, who is standing for governor of Mombasa,

19.Mohamed Abdi Mohamud, who is competing for the governorship of Wajir.

Muthomi Njuki, who is competing for the governorship of Tharaka Nithi,

Oscar Sudi, who is running for a seat in the Kapseret, is the twenty-first candidate.

Phillip Kaloki, who is running for the job of deputy governor of Nairobi County,

23. Samson Cherargei, who is running for the position of senator in Nandi.

25. Sospeter Ojaamong, a candidate for Teso South Member of Parliament.