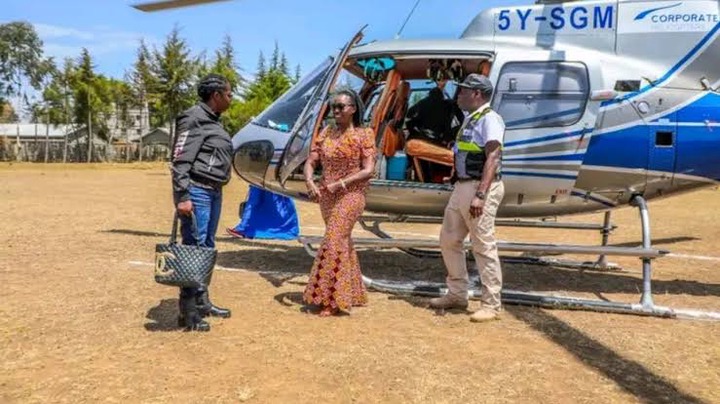 Azimio La Umoja One Kenya coalition rally in Kisii County which was led by Raila Odinga's running mate Martha Karua ended prematurely after chaos erupted. It has emerged that a teargas canister was first thrown by an unknown individual immediately after Martha Karua begun making her speech to the hundreds of supporters who had attended the rally at the Gusii Stadium. This incident cut shot the rally.

However, details say that the other speakers at the rally had already addressed the gathering but the yet to be known individual waited until Martha Karua stood to address the residents of Kisii and then threw the teargas canister. After Martha Karua stood up, it has emerged that the teargas was thrown to the podium just from near the dais.

This was followed by a helter skelter incident as those who were at the dias scampered for safety. Further details have revealed what happened to Raila's running. According to reports he was quickly rescued from the scene and was immediately evacuated by uniformed and un-uniformed officers who were at the rally to offer security. 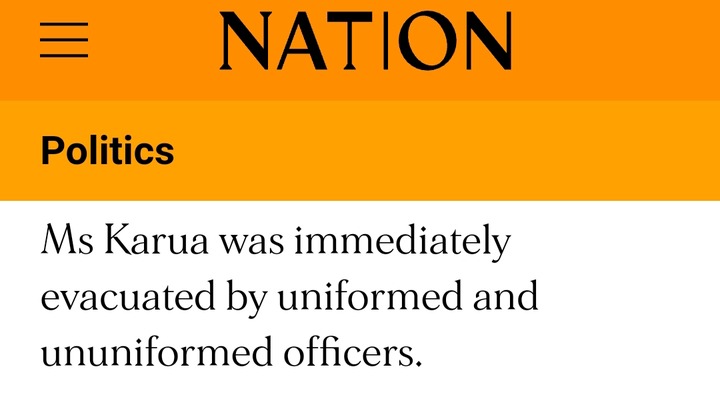 A video has surfaced showing how Martha Karua was quickly protected by a team of security officers as they evacuated her. Click the link below to see what happened: 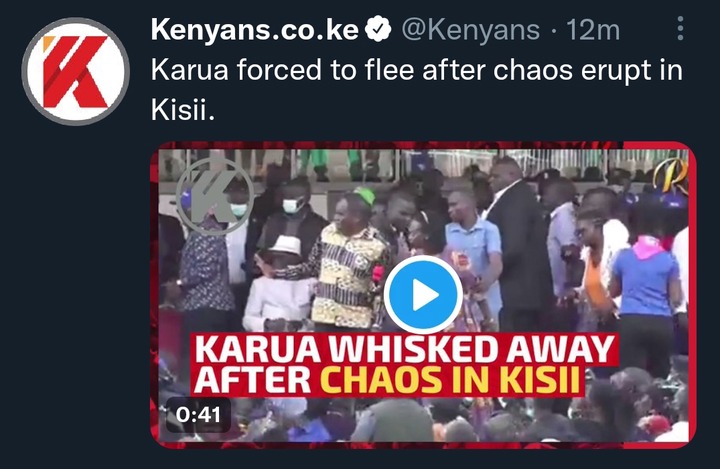 Moments later, it has emerged that residents turned on the police officers and started throwing stones and turning chairs.

It is reported that there was tension at the Gusii stadium and at Capital Round About even before Karua where Governor James Ongwae and other politicians had initially held a rally. Details claim that investigations into the incident are underway.