Former Mukurueni constituency member of parliament Hon. Kabando Wa Kabando has weighed in on the upcoming general elections with interest on the presidency. 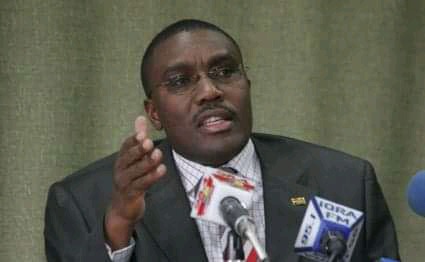 The vocal politician was giving his opinion on the presidential hopefuls who will likely fight corruption should they be elected in 2022. He was responding to a post by political analyst David Makali who had ranked all the politicians who have declared interest to succeed president Uhuru Kenyatta.

According to Makali, only Mukhisa Kituyi and governor Kibwana have got high chances of fighting corruption, he further ranked Mudavadi, Kalonzo, Oparanya, and Mutua at the Middle with Raila, Wanjigi, and Wetangula being at a low level. For Ruto, Gedion and Joho, Makali argued that should they be elected, chances of fighting Corruption will be very low.

However, according to Kabando Wa Kabando, Mukhisa Kituyi and governor Kibwana are the only people likely to fight corruption should they be elected in 2022. 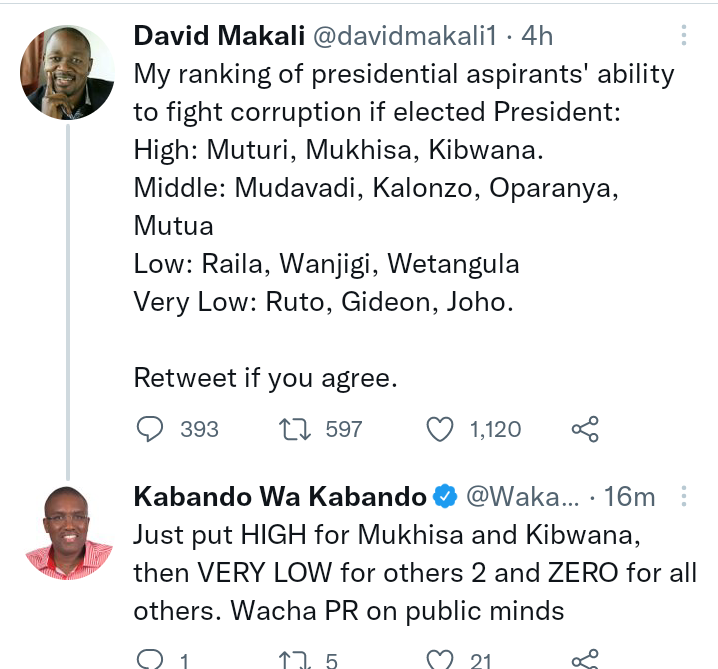 Comparison of Raila, DP Ruto Buying From “Hustlers” During Their Rallies