By Professor (self media writer) | 18 days ago 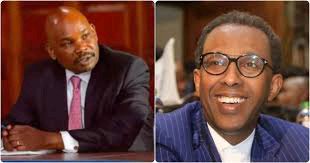 Kenyan American Scholar Professor Makau Mutua is a close ally of the former second Prime Minister of the Republic of Kenya Hon Raila Amolo Odinga. He was the spokesperson of Hon Raila campaign secretariat during the recently concluded hotly contested 2022 general elections.

"Even a mere spokesman of a failed presidential campaign can threaten a whole country that he will disrupt the general election of 2027... Muujiza za Nabii Musa!" Tweeted by City Lawyer Ahmednasir Abdullahi

Content created and supplied by: Professor (via Opera News )