By Jayyouko (self media writer) | 2 months ago 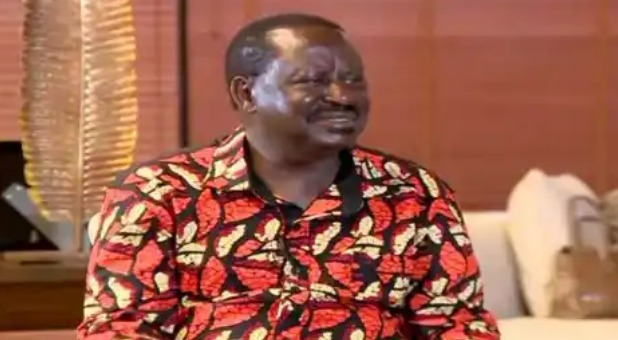 Raila Odinga has distanced himself and his party from the chaos that erupted at Deputy President William Ruto's rally in Kondele.

The former Prime Minister said that Ruto just like any other Kenyan is free to travel and push his agenda to the electorate anywhere in the country during an interview with Musyi FM on Thursday.

He further claimed that neither he nor the ODM had any interest in DP Ruto's rally, including who chose to attend.

Raila also mentioned that several theories had been proposed to explain the chaos, including claims that the running battles were caused by a disagreement over handouts.

Shortly after his rally in Kondele was disrupted, and campaign caravan pelted with stones, DP Ruto took to Twitter where he castigated the 'regressive stone-throwing culture'.

"Our plans and programmes will ensure that the youth are liberated from regressive stone-throwing culture by engaging them in gainful activities that will better their lives through the Bottom-Up Economic Model," the DP Tweeted.

Amid the chaos, the DP was heard trying to calm down the crowd, even as he accused his rivals of hiring youth to throw stones.

"We must get rid of the leaders who hire young people to throw stones.