HISTORY: Why President Moi Will Never Be Forgotten For All Eternity

By PolyNewsKenya (self media writer) | 12 days ago 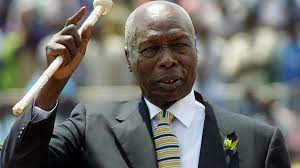 Since independence, Kenya has so far had four presidents. They have all been different as each had his own ruling strategy and they will never be the same. Of all the presidents, Moi is one of those people who will live to be remembered and our grandchildren will be told about him. Here is why.

1.He is the only president who ruled Kenya for two good decades making him the longest serving Kenyan president. Today according to the new constitution a president is only allowed to rule for two terms meaning no one will ever rule like he did unless the constitution is changed.

2.Moi was the founder of KANU, the party that has led the country for five decades now. It should be remembered that former president Mwai Kibaki was a KANU member as well as the current president Uhuru Kenyatta. Moi's legacy therefore continues to be remembered. 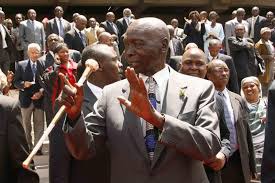 3.Moi never tolerated laziness in his government. He was a no nonsense man who punished wrongdoers in the public by himself. He could bring people together to witness him punish wrong doers. He is the only president who had the courage to do this.

4.Moi's government was the only one in which primary school children could get free milk, ''Maziwa ya Nyayo.'' Where else have you ever heard this happening? This is one of the things that made him the greatest president of all time.

5.It is only during Moi's reign that pupils could align along the road singing when Moi was expected to come somewhere. Many people respected him and could do anything to show their respect. Of course the pupils were awarded and it was a thing many wanted to participate in. Seeing the great man was awesome. 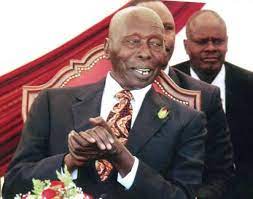 Follow my page to receive notifications when new articles have been published daily.