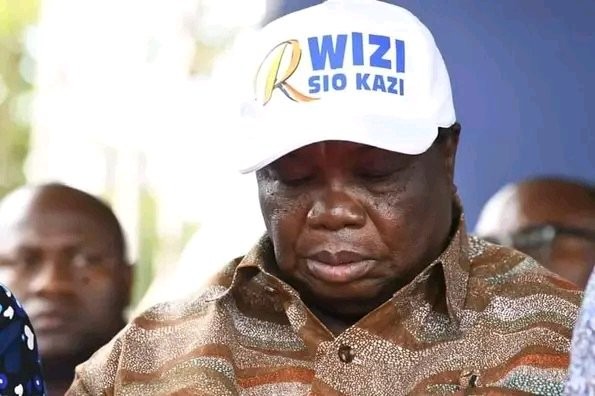 The seasoned trade unionist claims that if Deputy President William Ruto becomes president following the next general election, his life will be in danger.

Atwoli claimed that if he were to succeed President Uhuru Kenyatta, the DP would be seeking his life because of their long-standing political animosity.

Atwoli assigned his own wife a specific task on the day that Kenyans will be waiting in line to cast their ballots, all the while urging the area to vote for Raila in huge numbers on election day.

The ferocious trade unionist believes that in order for Raila to win the State House race on election day, his wife needs personally organize other women in the area to vote for him.

In Atwoli's opinion, if his wife takes the task seriously, she will be able to save his life, which he claims will be in jeopardy if Dr. Ruto defeats the former Prime Minister in the battle for the State House.

Atwoli, a vocal opponent of the DP, has consistently maintained that the Kenya Kwanza Alliance candidate will not be elected president of Kenya because he is extremely risky for the nation. And on Wednesday, the COTU leader was keen to advise Kenyans not to vote for the former Eldoret North MP while speaking in his Kakamega backyard.