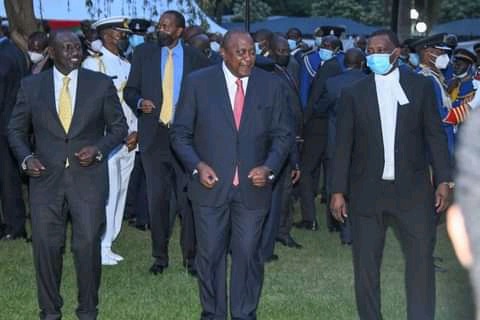 Deputy president William Ruto was in attendance in the state of the nation address by president Uhuru Kenyatta in parliament building.

This comes a mid speculations that the chief hustler would not attend the function due to their political differences that had made the two leaders to part ways and forget their marriage.

Since handshake, the president and his deputy has been accusing each other for the wrongs doings something which none of them is willing to accept the truth.

After the address as seen by Mutembei television, the deputy president had light moments with parliament cooks whom he spent good time with.

In the video going viral, the deputy president would be seen greating, laughing and engaging the cooks in a conversation in a jovial  manner.

The second in command would also be seen engaging other dignitaries especially non politicians during the moments around parliament building. 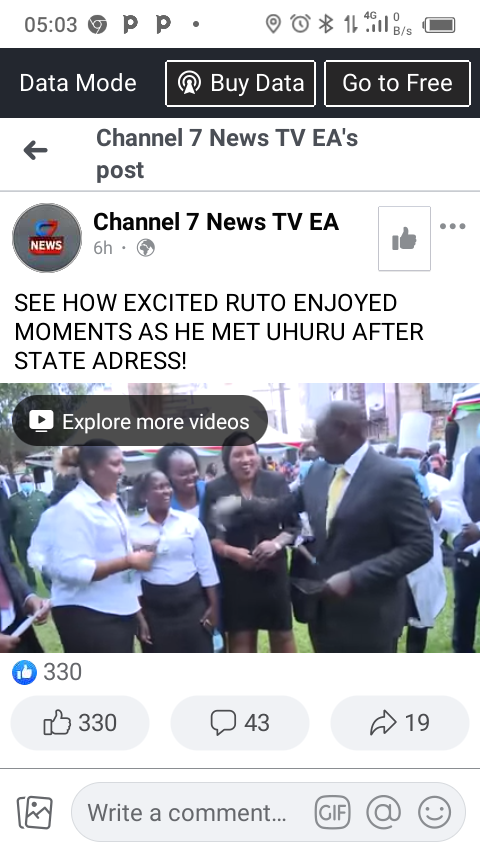 However this spurred mixed reaction to the online users as follows. 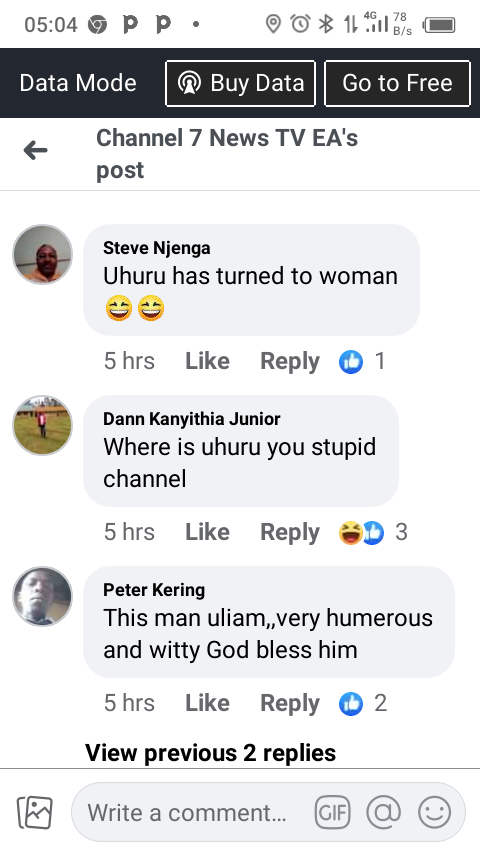 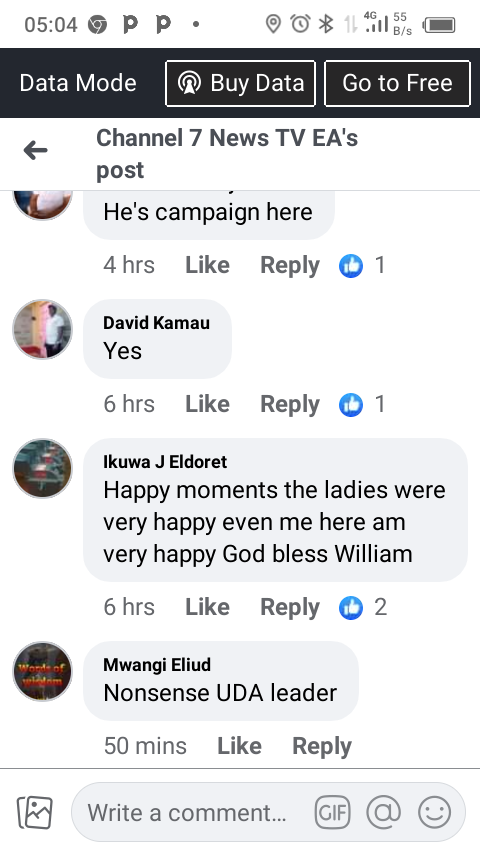 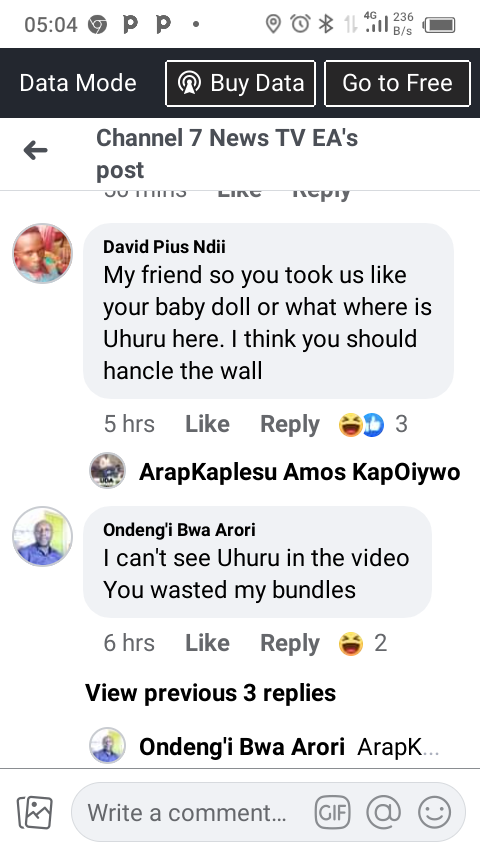