By Princehenderson (self meida writer) | 26 days

On Tuesday, voters in the Juja and Bonchari constituencies went to the polls in their respective by-elections, with low turnout. 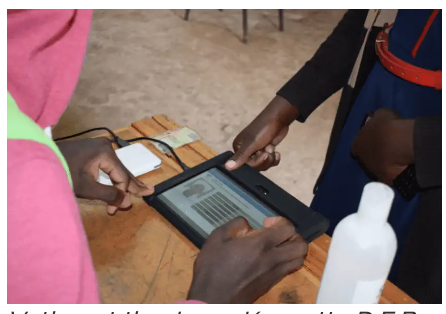 The low turnout in Juja was reflected in the short lines that formed at all of the polling stations in the constituency.

Candidates participating in the mini poll expressed satisfaction with the way the exercise was conducted.

As the voting process came to a close at 5 p.m., police officers patrolled polling stations, signaling the start of the counting process.

Juja constituency has 114,761 registered voters, according to the Independent Electoral and Boundaries Commission (IEBC).

In Bonchari, the constituency was relatively quiet, with strong police presence dotting the roads leading to polling stations.

The Nyanza Regional Police Commander, Karanja Muiruri, had previously confirmed that arrests had been made but refused to reveal the number or nature of the suspects in custody.

The Jubilee Party, the Orange Democratic Movement (ODM), the United Democratic Alliance (UDA), and Maendeleo Chap Chap were among the parties that ran candidates in the by-election called after area MP John Oroo Oyioka died.