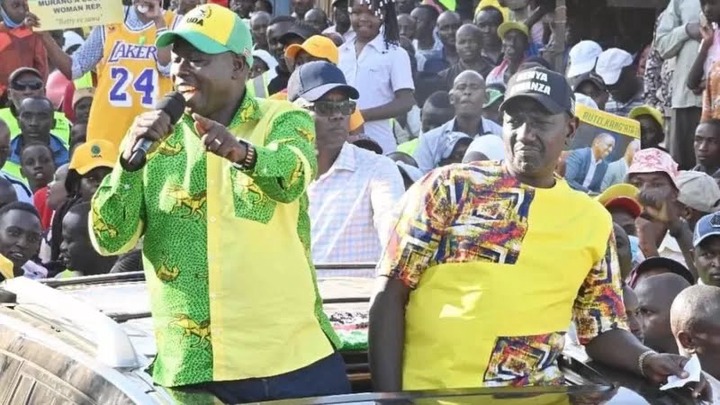 A lobbying group has identified 25 leaders who, in their opinion, should be disqualified from the August 9 elections.

The National Integrity Alliance has given the candidates a red card because they face corruption and other criminal charges in court.

Rigathi Gachagua, a member of parliament from Mathira and the running mate of the Kenya Kwanza Alliance for the presidency, is among the notable candidates.

The Alliance stated, "According to the Office of the Director of Public Prosecutions (ODPP), he is implicated in graft, resulting in the freeze of accounts containing roughly Sh200 million in unexplained assets."

Gachagua has been accused with conspiring to defraud Nyeri County and acquiring public property fraudulently.

On the list is also Malindi legislator Aisha Jumwa, a candidate for the governorship of Kilifi.The alliance cited her murder conviction as the reason for their demand to exclude her. 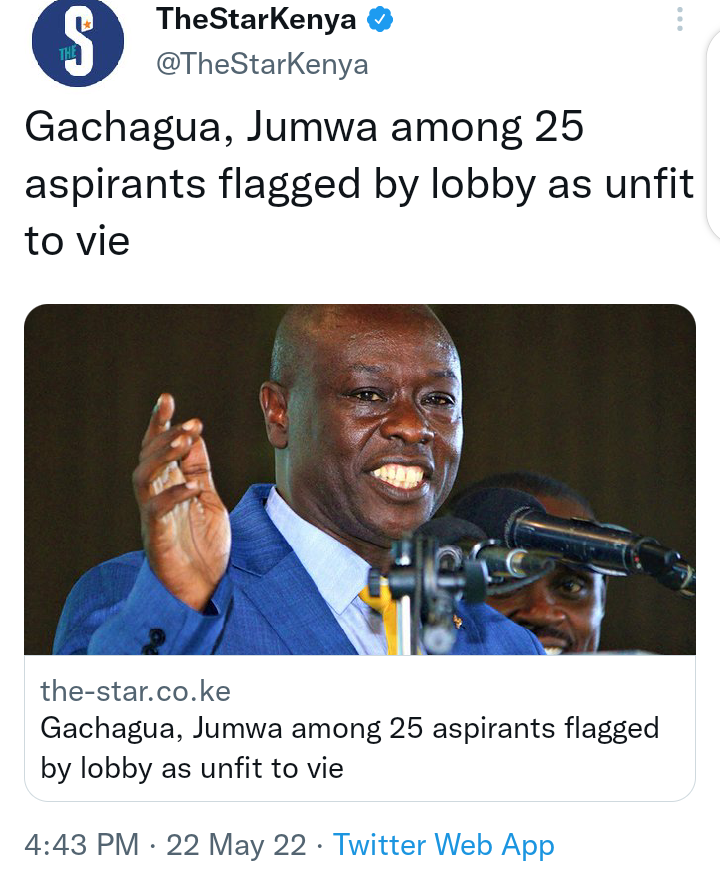 Jumwa was suspected in the murder of Gumbao Jola during campaigns for the 2019 Malindi County Ganda Ward by-election.

"According to a statement issued by the Office of the Director of Public Prosecutions on August 27, 2020, she was also charged with fraudulent embezzlement of Sh57 million from the NG-CDF Malindi Constituency, but the case was suspended to allow her to campaign," the Alliance stated.

Others include top MPs and aspirants,who have cases in court.