By Kimdly (self media writer) | 5 months ago

In a citizen daily break interview, Simon Gikuru, the Amani National Congress ANC party secretary general, has given facts about the One Kenya Alliance OKA program for the country. Despite the fact that Wiper party leader Kalonzo Musyoka, who is also a founding member of the OKA, has joined Azimio la umoja Simon Gikuru, they claim to have no agenda. 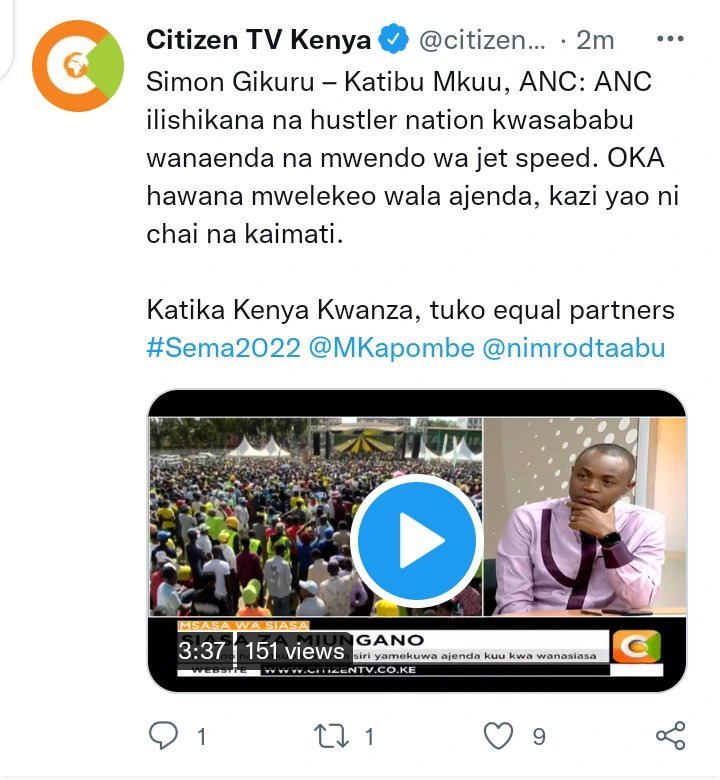 According to Gikuru, the ANC rejected OKA's attempt to join the Kenya Kwanza Alliance because the ANC saw no good agenda in cooperating with OKA. As a result of his assertions, he has opted to join the Hustler Nation. He believes that the OKA's leaders do not treat the members present fairly. 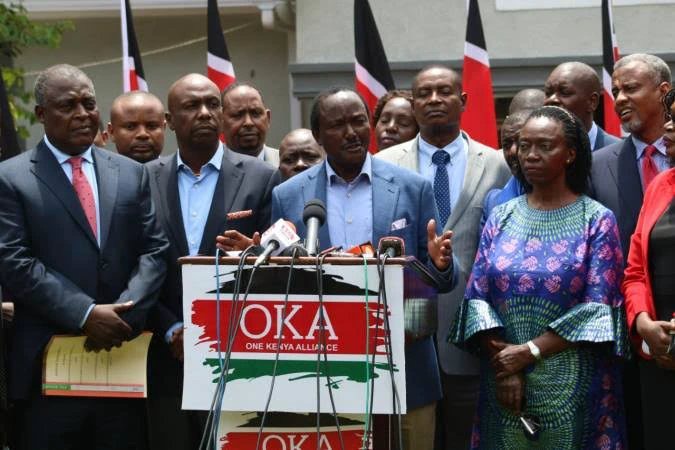 Although the OKA manifestos have been revealed, Simon Gikuru claims that the manifestos are propaganda and do not have Kenya's best interests at heart. Even though the OKA's Gideon Moi and Kalonzo Musyoka formed a treaty with Azimio La Umoja, he argues that it will have no effect on the coalition.

Content created and supplied by: Kimdly (via Opera News )