Lectured Them On Violence: Ugandan President Elicits Reactions With His Post

A Ugandan author who spent nearly a month in jail after criticizing President Yoweri Museveni and his son has fled the country, his lawyer said on Wednesday. 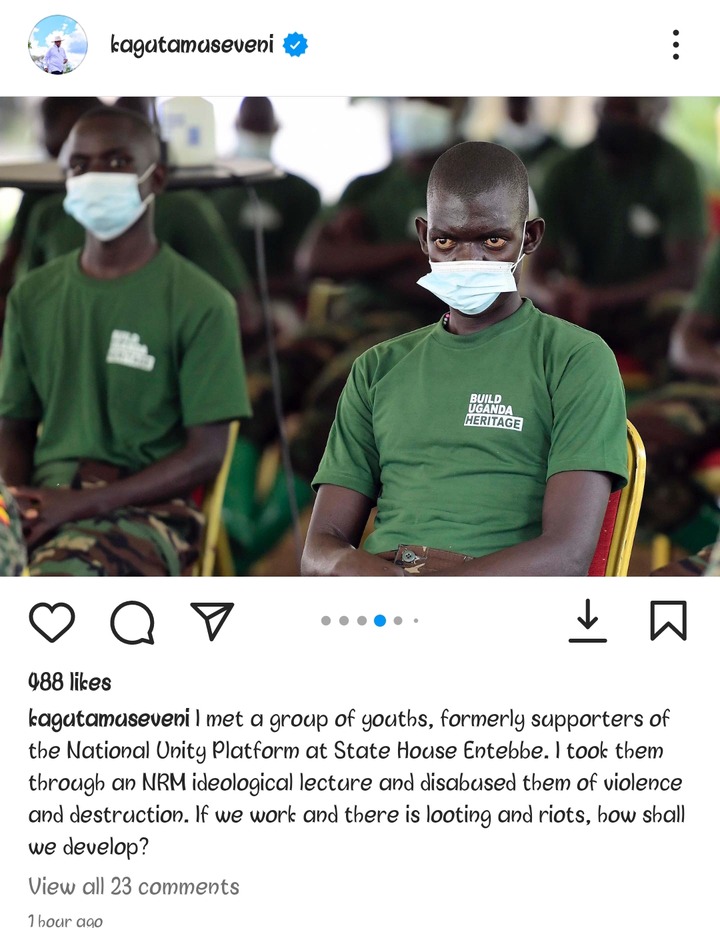 Museveni: I met a group of youths, formerly supporters of the National Unity Platform at State House Entebbe. I took them through an NRM ideological lecture and disabused them of violence and destruction. If we work and there is looting and riots, how shall we develop?

Kakwenza Rukirabashaija, an internationally acclaimed writer, was released from jail in late January after being detained in December following a series of tweets he posted that were critical of Museveni and his son, an army general. 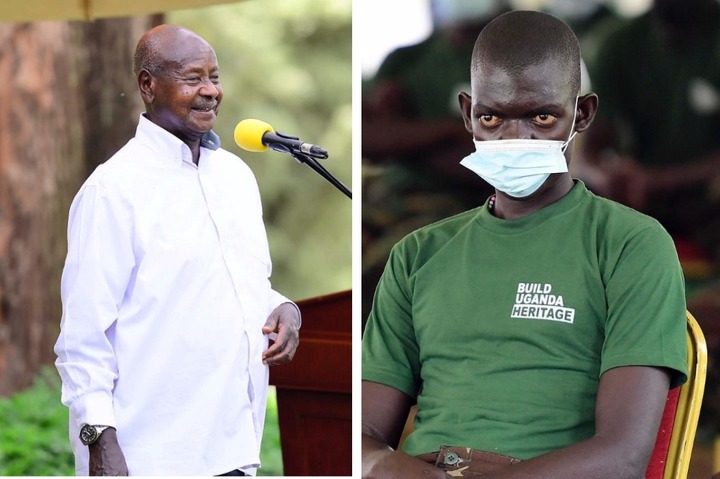 He was subsequently charged with communications offences. He has said that while in detention he was tortured. He told a local TV station last week that he was punched in the stomach, kicked, hit with gun butts and made to dance endlessly, and that his torturers used pliers to tear pieces of flesh from parts of his body. 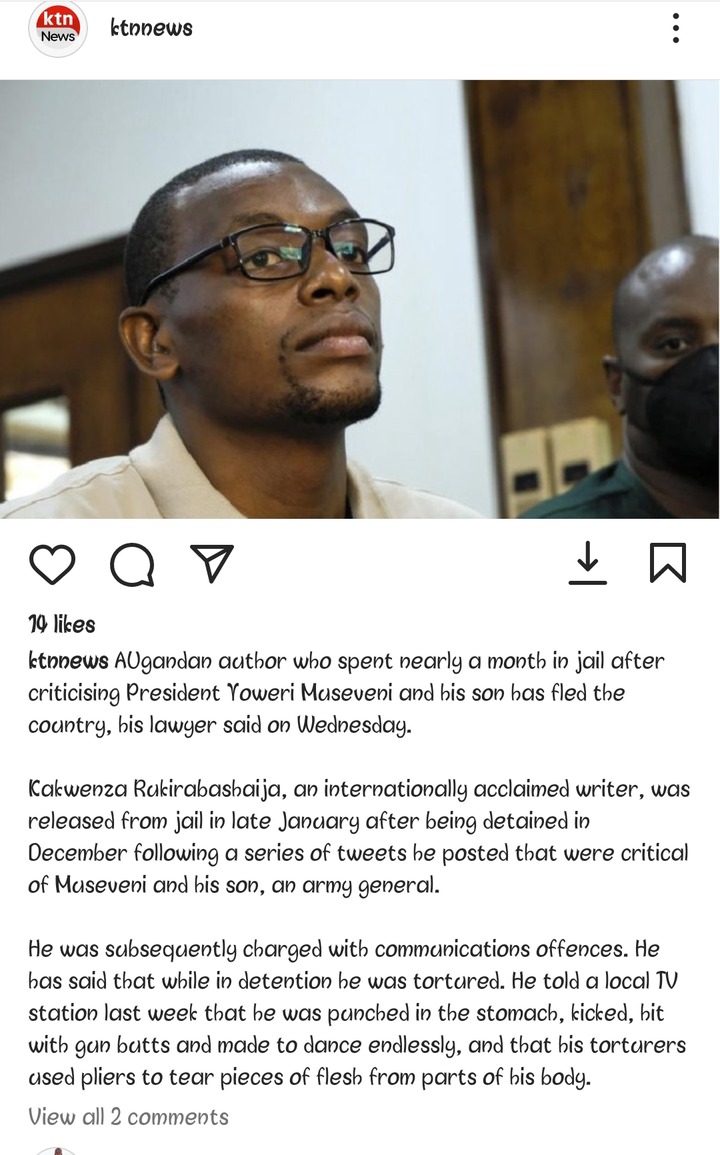 Do you think think like the run has got something to do with the President or it is just okay for him? Kindly give us your thoughts and opinions on this matter.

Content created and supplied by: Updates254 (via Opera News )