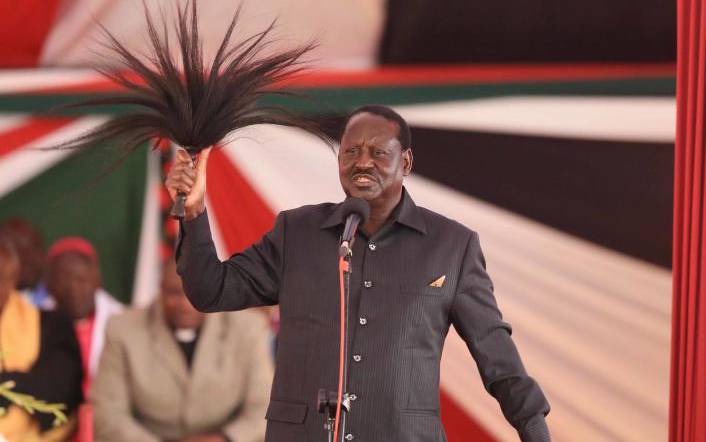 ODM leader Raila Odinga is known for his tradition of carrying with him a flywhisk whenever attending funerals of prominent persons.

This has for some time now been questioned by supporters of his opponents, mostly those allied to his main rival; Deputy President William Ruto.

This has been rampant on social media, with some associating it with sorcery, thanks to the narrative in Ruto's camp that the leader doesn't believe in God.

But this is basically Raila just being traditional and back to his roots, considering that this is one of the ways of honouring the dead in the Luo culture.

Waving a flywhisk, Orengo in Luo, over the body of a dead person, which Raila has been doing, and at times chanting "Jowi" (Buffalo), is a traditional Luo way of paying respect to the dead. 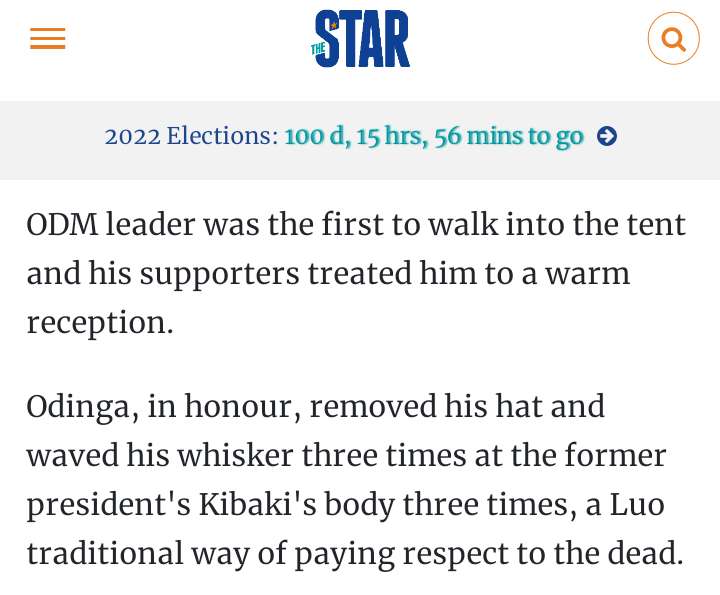 Raila on Saturday repeated the flywhisk tradition at the burial ceremony of the late Mwai Kibaki in Nyeri, amid cheers from his supporters from the region.

The action confirmed his remarks on Friday, where he said that his opinion that Kibaki was a great man remains despite their political differences.

Speaking at Nyayo Stadium, he had said that he realized that Kibaki was a great leader when he ignored his own insiders to shake hands with him, ending the 2007/08 Post Election Violence.

"We remained friends and he was an advisor to me. I have lost a friend, a true patriot and a great leader. His value will be known with time. Rest in peace," he was quoted by The Star.

The violence erupted after Raila rejected his controversial defeat to Kibaki in the 2007 presidential poll, resulting in national unrest.

"Wivu tu" Comrade triplets fires back to a popular TV presenter after she criticized their pranks.