By Isapella (self media writer) | 1 month ago

The United Democratic Alliance Party, led by President William Ruto, has informed Musalia Mudavadi, the prime cabinet secretary, that joining the party in the same way as Moses Kuria did will end his political career.

The ANC party chief has now been told by James Gakuya, a politician and Member of Parliament for Embakasi North on the biggest mistake he should avoid making since it will kill his political career. 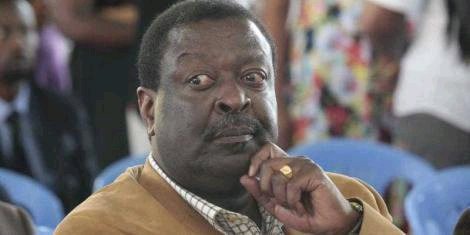 Although Mudavadi has made multiple attempts to end his political career, the largest one will occur when he dissolves the ANC and joins the UDA, according to him.

He argues that Moses Wetangula should establish a strong party to act as a bargaining chip for Western Kenya rather than dissolving his own party.

"Musalia Mudavadi and Moses Wetangula ought to convince the secretariats of their respective parties to merge under a strong Western Region party that can act as a bartering powerhouse for Western Kenya." James Gakuya objected.

Content created and supplied by: Isapella (via Opera News )