President Uhuru Kenyatta has received a reprimand from renowned activist Ndung'u Wainaina for his comments made on Sunday night about the Building Bridges Initiative (BBI). 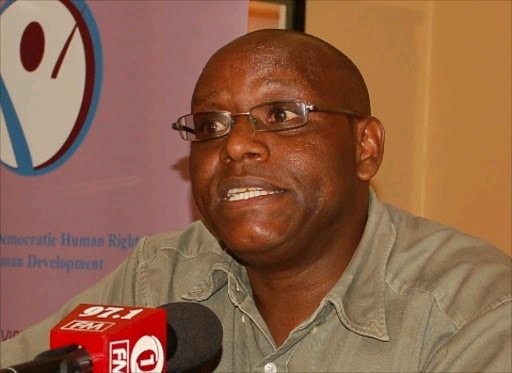 The Head of State stated that BBI was one of his top goals in an exclusive interview with Mt. Kenya radio and TV stations, adding that its failure deeply upset him.

Uhuru made a commitment to cooperate with the new administration to see that the document is implemented during a meeting that was held at the State House in Nairobi.

If I had to pick one regret, it would be that the BBI was unsuccessful. He added, "I hope to work with whoever comes in to realize it.

According to the President, Mount Kenya, which he claimed did not receive its fair portion of the national cake, benefits from the one man, one vote, one shilling ethos that was ingrained in the BBI. 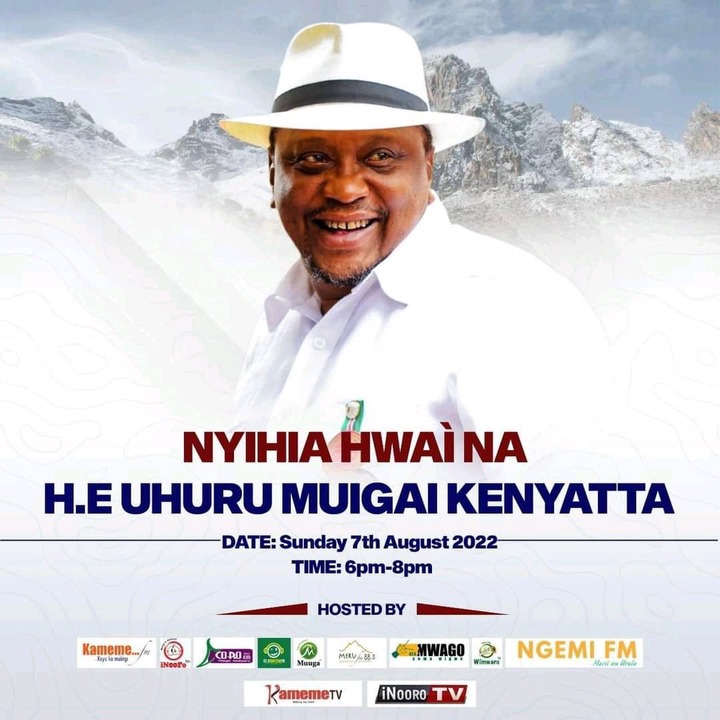 "Our folks (from Mount Kenya) would have benefited the most if people had decided to pass the BBI," he remarked. 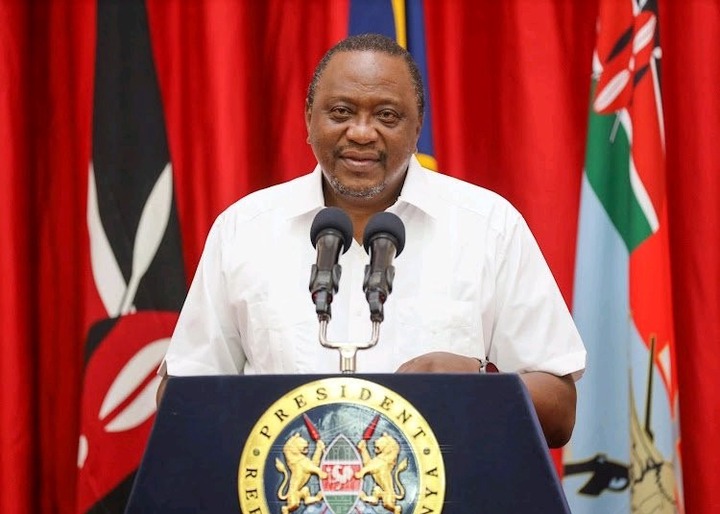 Wainaina, the director of the Africa Council on Human Security, rejected the allegations, claiming Uhuru intended to utilize BBI to prolong his tenure. 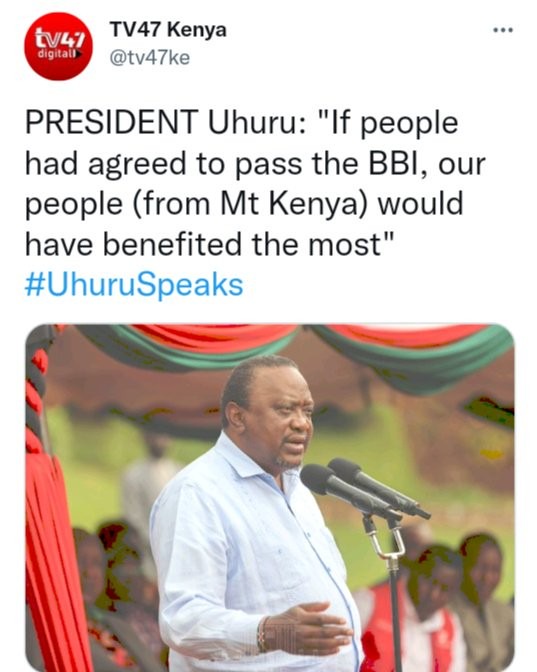 "This is a huge lie from Uhuru Kenyatta. The defeat of #BBIFraud was a serious blow to his attempt to hold onto power. That's how easy it is. Kenyans saw the untruth, "Tweeted him. 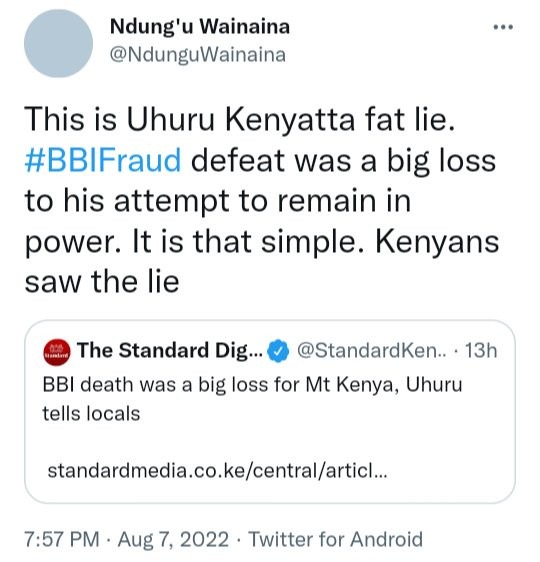 The creation of a new position of prime minister was one of the BBI's most important recommendations. There were rumors that Uhuru might have applied for this position if Raila Odinga, a former foe who became an ally, had won the election on August 9. 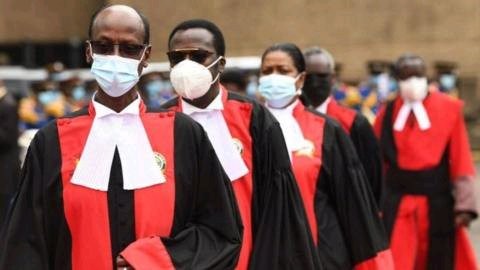 The president had violated the law when he led the reforms to modify the constitution, the Supreme Court ruled in annulling the document. The court ruled that citizens rather than the president in office should have led it.