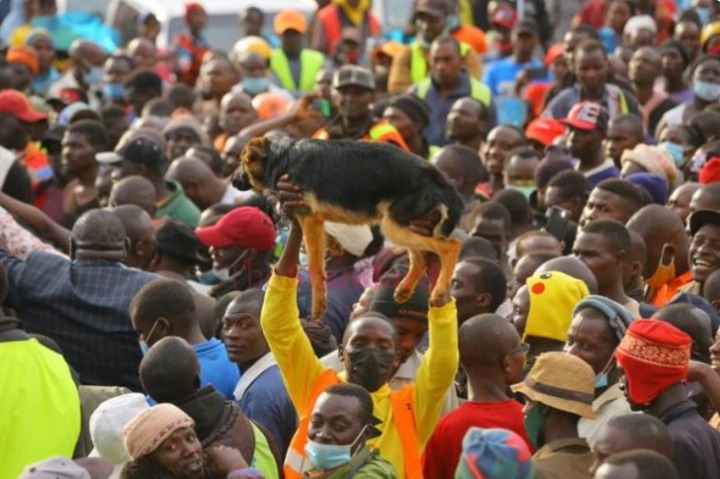 A Man, who was not fully identified decided to appear to the Political rally in Kisii, where Dagoretti North Mp Hon Simba Arati was addressing residents, while selling out His politics and popularizing the ODM party as part of the most trusted allies of Raila Odinga.

According to the pictures from the ground, the Mp was seen popping up through the Car sunscreen while waving to the people in Daraja Mbili area who consisted of both His supporters and rivals who cheered back as He continued speaking.

It was at this Point that a Middle aged Man appeared from one end of the gathering, while holding up a Dog with Black skin and brown stripes on they lower side. His friends who had sorrounded Him stared in disbelief as their attention was slightly disrupted.

Despite the games played by the Man, the Mp who has been used to such drama in rallies continued to speak His Agenda, and ignored the destructions. Arati however has not addressed the situation, even after it was perceived to be an attack or some kind of language used by His opponents to tarnish His good name in the region.

Although the real intentions of the happening has not been established, Kenyans who gave their opinions about the same, had different ideas. Some just dismissed possibilities of something big and said that it was pure excitement from the Man, while others alleged that it was a way of abusing the Mp and inflicting pain and anger in Him so that He can stop His political meeting. 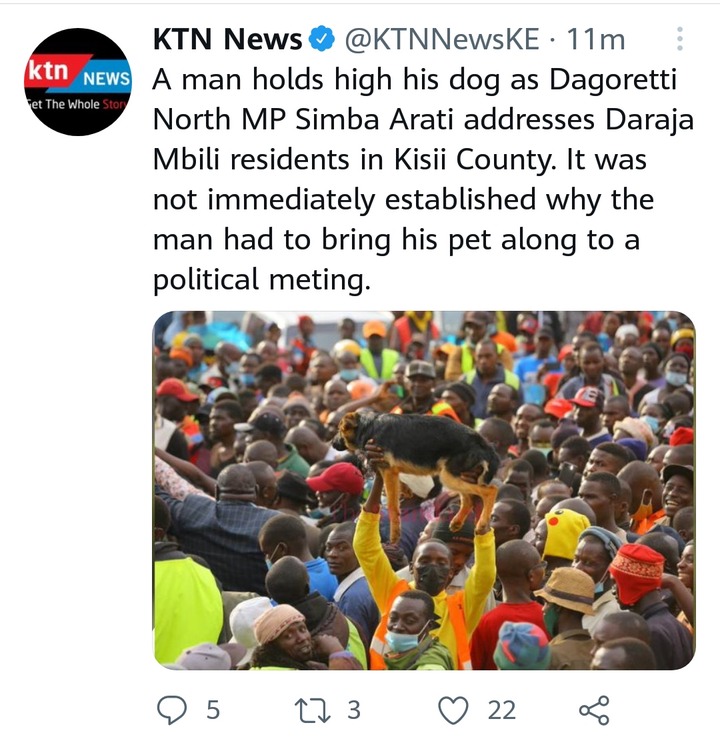 Such tactics have been used recently since Campaigns began, where the competing Political class have been paying some youths to rock campaigns with very ugly tactics including heckling, carrying placards with bad writings, and even blowing 'vuvuzela' with irritating sounds to disrupt the meetings. 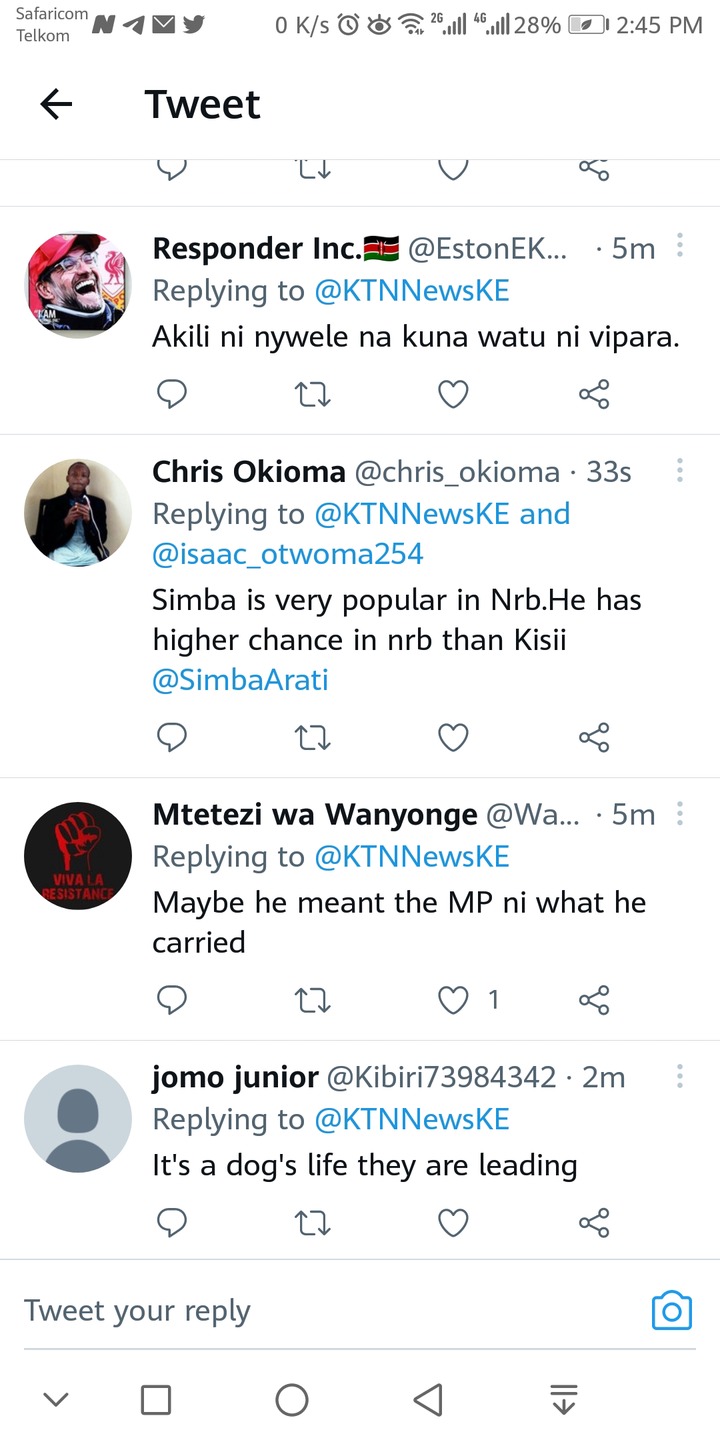 Kenyan Delegates Walk Out of The Meeting With Ugandan Officials, Reasons Revealed