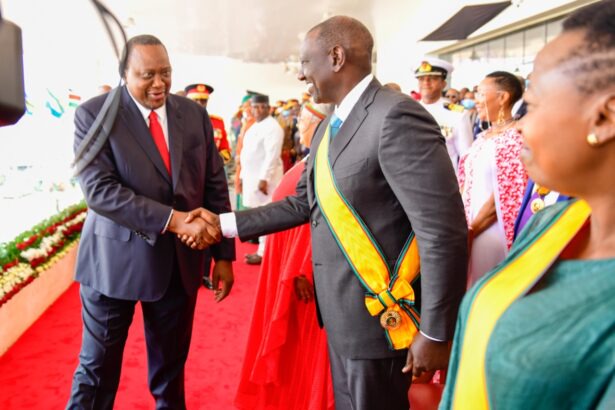 Ruto's allies hit at President Uhuru for ignoring the DP"/>

Caleb Kositany, a Soy Member of Parliament, stated that they can account for the first term up to March 2018, during which the President and his deputy had a very good and amicable working relationship.

Even with the existing political alignments, he said, no one understands President Kenyatta like Ruto.

"With the existing political structure, none of them has worked more closely with Uhuru than William Ruto."

"They may have collaborated in different capacities, but none had backed him as much as William Ruto in his political goals. "Ruto is quite familiar with his boss," he stated. 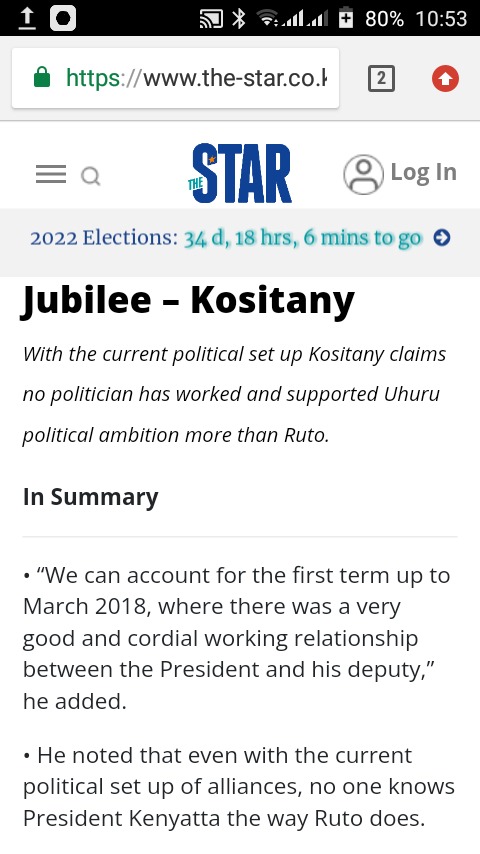 Walking down memory lane, the member of parliament described how Uhuru and Ruto worked together to win the presidential elections in 2013 and 2017.

Reflection on the Past

While in Kanu, Kositany and Ruto campaigned for Uhuru after the late former president Daniel Moi nominated him to be his successor.

"We campaigned for Uhuru in 2002 with Ruto, but we lost and joined the opposition." Yes, we have previously disagreed."

The legislator further claimed that both Uhuru and Ruto had presidential ambitions in 2013, but that the Democratic Party agreed to back down. 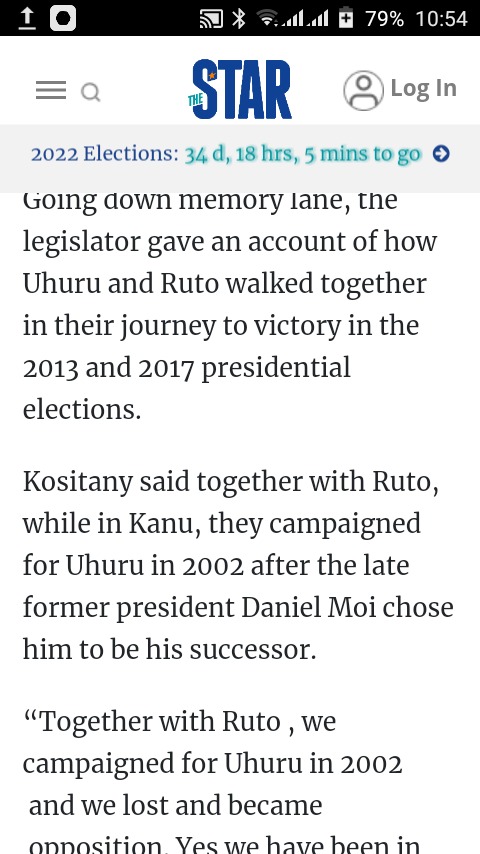 According to Kositany, Uhuru preferred ANC party leader Musalia Mudavadi as the presidential candidate at one time since he was dealing with the International Criminal Court problem, but his friends opposed it.

"But we went back and told him the math doesn't work, and if that's the case, he stands for president with Ruto as his running mate, and that's how we won in 2013 and 2017," Kositany explained.

The Azimio la Umoja - One Kenya Alliance, led by its presidential team, has been criticizing DP William Ruto for selectively trying to take credit for the Jubilee regime's accomplishments.

Raila Odinga's running mate, Martha Karua, alleged that the second in command is hypocritical when he criticizes Jubilee for its mistakes while taking credit for its achievements.