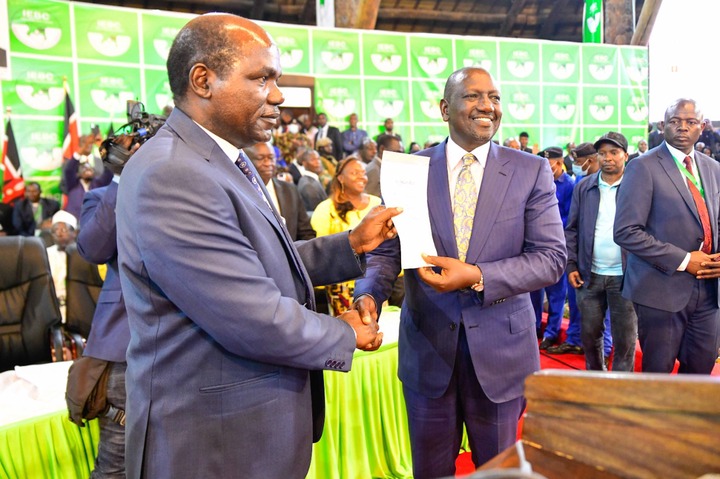 This comes after Ruto garnered over 7.1m votes beating his close rival Raila Odinga who garnered 6.9m votes in a race that was very tight.

Ruto and Gachagua will resume duties officially after being sworn at the end of this month if the Azimio Coalition team will not file a case at the supreme court to challenge the results released by Chebukati. 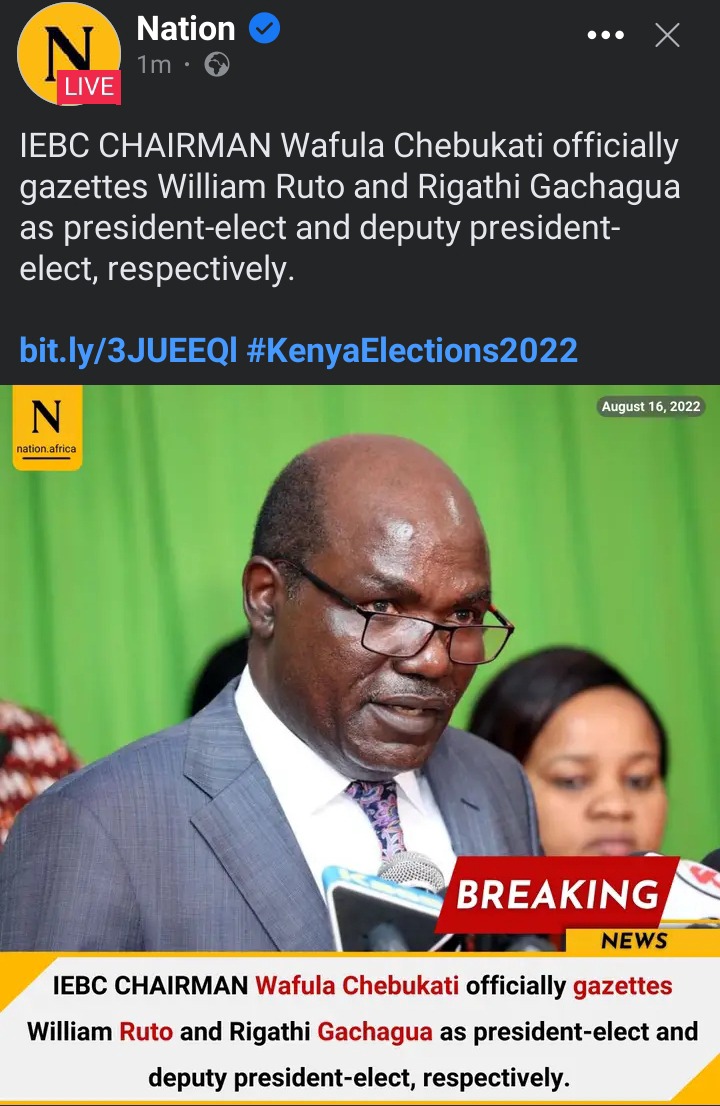 Ruto will now make an history as the most successful candidate in Kenya to contest for the first time and emerge as the presidential elect in just one attempt unlike all the presidents who have served in the country having made several attempts before becoming the president.

It is now left to the Azimio Coalition team to see it they will head to Supreme court as they have already hinted or they will concede defeat.