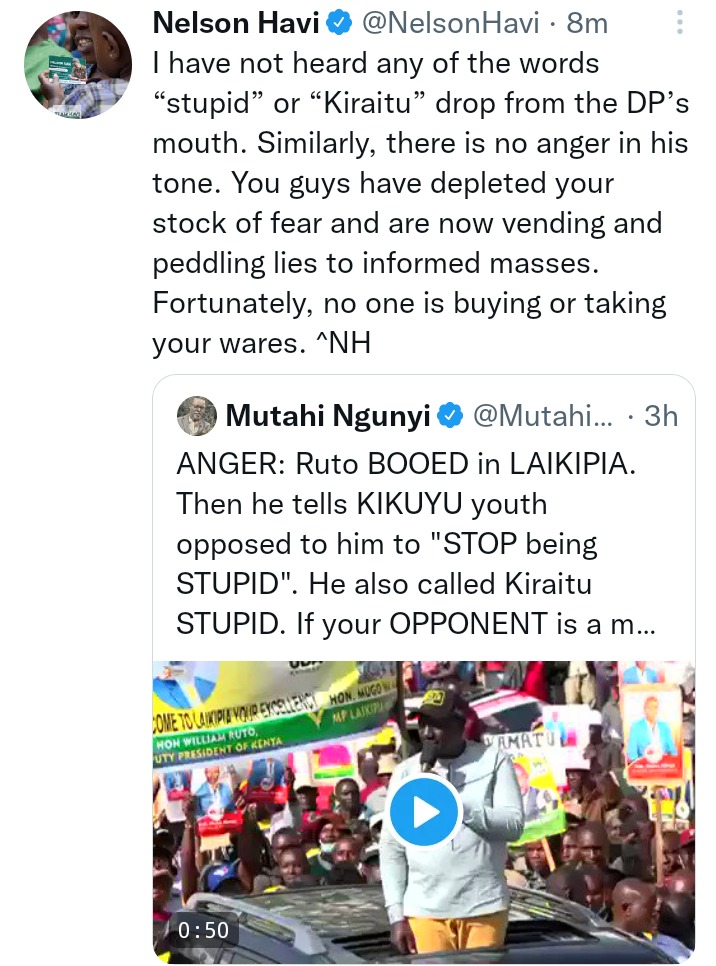 According to Nelson Havi he has never heard a word like stupid from DP William Ruto being directed to Kiraitu Murungi and warned him against putting some words in his mouth.

He also told him frankly there there was no anger in DP Ruto's time and that he requested those who wanted Maina Njega to adress the gathering to conduct their own at a later day. He told him publicly that it's like he has depleted his stock fear and now he is peddling lies to already informed masses. 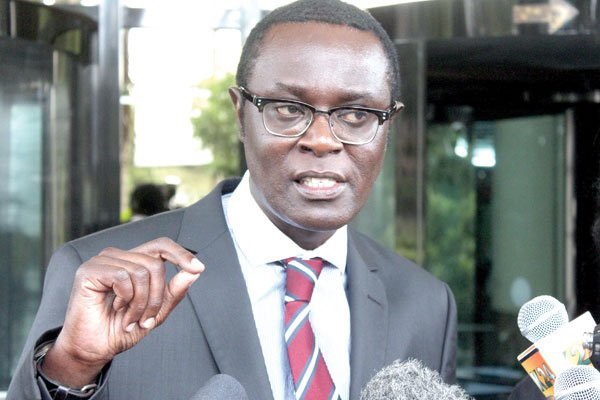 Nelson Havi has been a close ally to DP William Ruto and has also joined the hustlers nation and he is ready to drum support to the second in command. He feels that kenyans are tired if lies given about innocent DP William Ruto and they are now aware of the ill motive from his critics