By FidelMarx (self meida writer) | 2 months 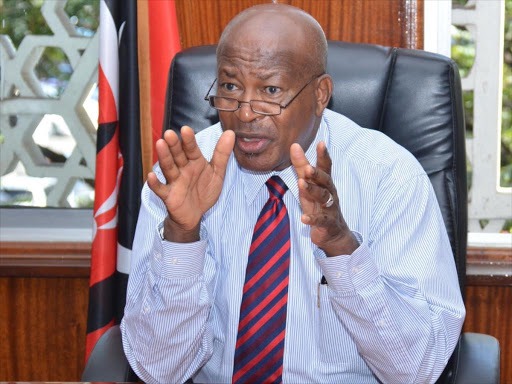 The decision by five bench High Court judges to render BBI process unconstitutional, null and void has continued to elicit mixed reactions from Kenyans.While some are welcoming the move,others , especially BBI promoters have vowed to appeal against the decision.

As per the reports, Attorney General Kihara Kariuki has withdrawn the petition he filed against High Court ruling on BBI.

The Attorney had filed a case, claiming that the High Court stepped on some important issues as they were making their rulings.

It is a big blow to Raila and President Uhuru Kenyatta,who have also filed a petition against BBI ruling by High Court. 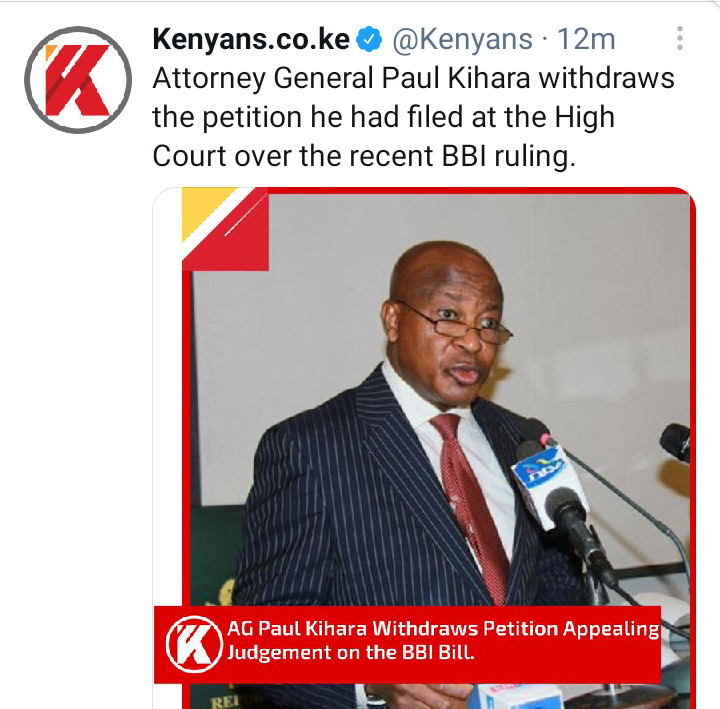 It will be waited to be seen if the Court of Appeal will upheld the High Court ruling to stop BBI or overturn it.

The petitioners have filed 15 grounds of appealing,while the High Court delivered their ruling based on 17 grounds.

The Raila team will be led by lawyer Ogeto,with his long term friends Senator James Orengo and Amollo Otiende,who are considered the legal jargons,missing in the legal team.

RIP - Player Collapses And Dies On the Spot

Revealed :Reason Why Ruto Was Blocked From Leaving the Country As His Allies React to the Incident