By Becky (self media writer) | 1 month ago

Raila, while recounting the events that led to the 2011 civil war in Ivory Coast, says that he feared for the worst when the Independent Electoral and Boundaries Commission (IEBC) split into two on the day they were supposed to release the results on August 15, 2022.

During the disputed December 2010 election in Ivory Coast - Picasse Damana - a member of the electoral commission from the party of then-President Laurent Gbagbo, tore up a paper printed with election results just before the commission's chairperson was about to announce the results at the national tallying centre. 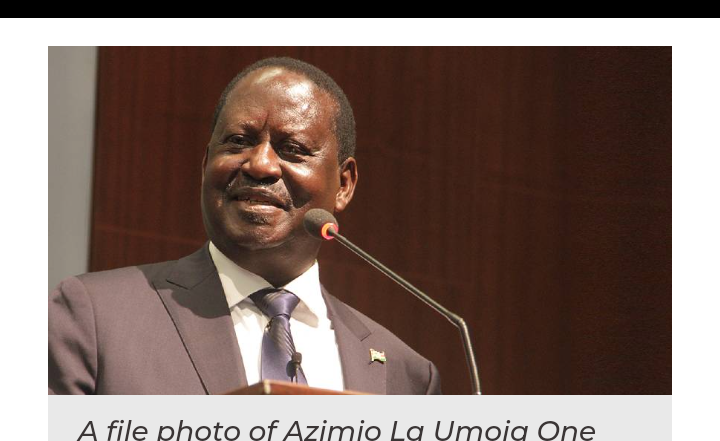 The chairperson, Youssouf Bakayoko, was forced to announce the results from a secret location. Events that proved to be a precursor to the 2011 civil war in the West African country.

"That member of the commission was acting on behalf of the then President who had lost the election. The chairman went to a secret location and announced the results then left the country in a quagmire. Close to one million lives were lost. I was appointed by the African Union to go and mediate in that conflict,” recounted Raila during a dinner organised to thank the coalition's campaign team at Safari Park Hotel, Nairobi.

During the dinner, Raila alleged that he won the polls by over 60 percent, but his victory was stolen by now-President William Ruto who he says was in cahoots with a section of IEBC officials and the Supreme Court of Kenya that eventually upheld Ruto's election win.

"As a member of the Azimio coalition, you should walk tall and feel proud because you are a member of a big movement that won the 2022 election. We know what happened. Kenyans will get to know why we have an illegitimate regime in power. We will continue to illegitimise this regime because they usurped power."

Bad News to Martha Karua, Otile Brown and Arrow Bwoy After The Following Case Filed Against Them