Professor Mutahi Ngunyi has shared his thoughts following the bandit attack that was witnessed in Turkana East sub-county that claimed 11 lives with President William Ruto confirming that his government was committed to averting such kind of attacks.

The victims of the attacks who included eight soldiers are reported to have been ambushed while they pursued bandits believed to have been from the neighbouring Baringo County. 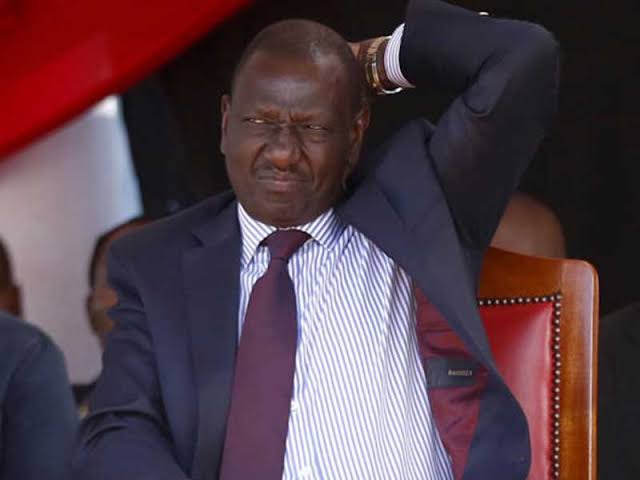 According to seasoned political analyst Mutahi Ngunyi, President William Ruto needed to purge the current government and form his own that could hit the ground running.

The tyranny of numbers inventor argues that the fifth Head of State was fragile but arrogant and that it was time he swung into action since it was evident that his intervention was now needed.

"For the Nth time: It Doesn't go wrong. It starts wrong. Ruto should Purge the government and form his own. After a bandit attack, he will attract terror attack. He is fragile but arrogant. We need a Ruto government now.The urgency is loud." Ngunyi tweeted. 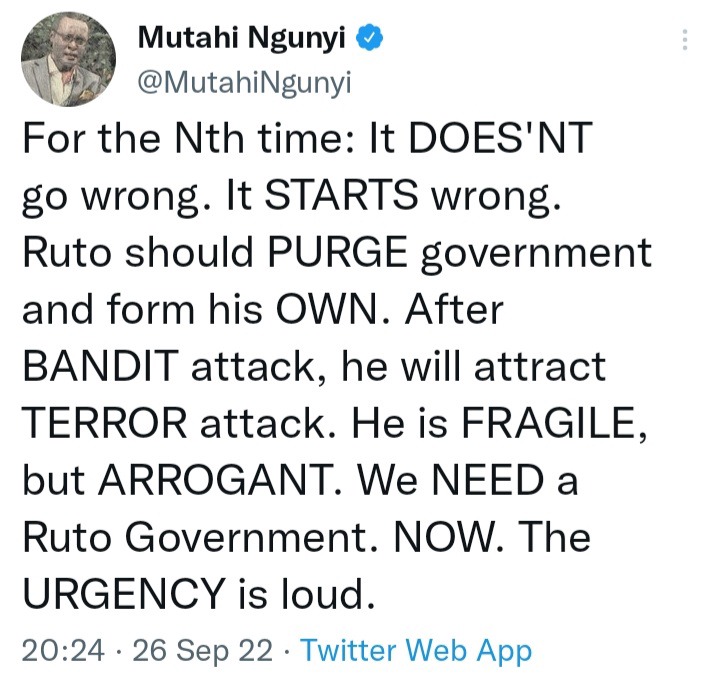