By Presswriter (self media writer) | 3 months ago 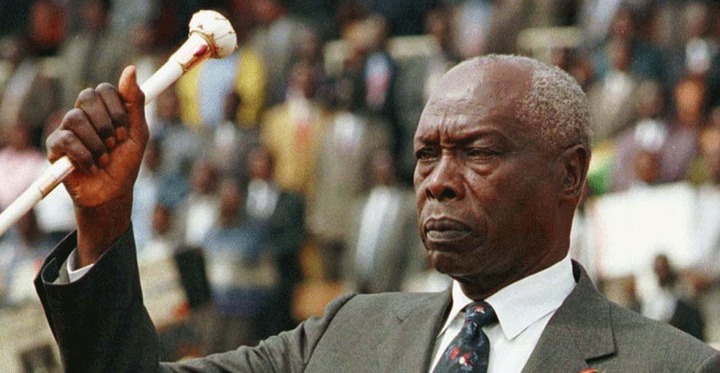 Daniel Moi was known for his brutal treatment of those who showed rebellion for his rule. And Ruto who was one of beloved Moi's beloved Cabinet Ministers from the southern Rift Valley at one point in his political life encountered this reality.

In an interview with The Daily Nation on Tuesday, Isaac Ruto noted that at one point as a cabinet minister, Kenya's second president left him on a military jet runway in South Africa as he flew back to Kenya. He would be stranded in South Africa since he had spent all his money on purchasing spree with the knowledge that the president would take him back home as it was the norm.

It all started after Isaac Ruto was assigned the Environmental Minister position in 2002. As a minister, he would later lead the delegation to World Summit on sustainable millennium goals, held in Pretoria-- South Africa.

The President, Daniel Moi would later join his delegation in South Africa and Ruto briefed the president on the meeting. He then asked the president about the political situation in Kenya, and he was informed that two of the cabinet ministers; George Saitoti and Kalonzo Musyoka had been sacked and that William Ruto had been elevated to a cabinet position.

To Ruto's shock, the president informed that he had also tasked Ruto's political opponent; Mr John Koech to bring half of the Kanu Delegates to Kasarani during Uhuru's endorsement for the presidency and then he(Isaac Ruto) would bring the rest of the delegates. So agitated was Isaac Ruto that he questioned Moi if an election had been held in Chebalungu in his absence to make his rival a KANU leader.

Through the then powerful minister; Nicholas Biwott, Isaac Ruto promised not to attend the delegation in Kasarani for Uhuru's endorsement but instead attend the NARC one arranged by Mwai Kibaki and his team.

All this happened while they were still in South Africa, and the next day, the president and the whole delegation was supposed to get back to the country. At the airport the next day where the military jets reserved for the presidents had been landed, to Ruto's surprise, President Moi left him at the runway and bade him goodbye. 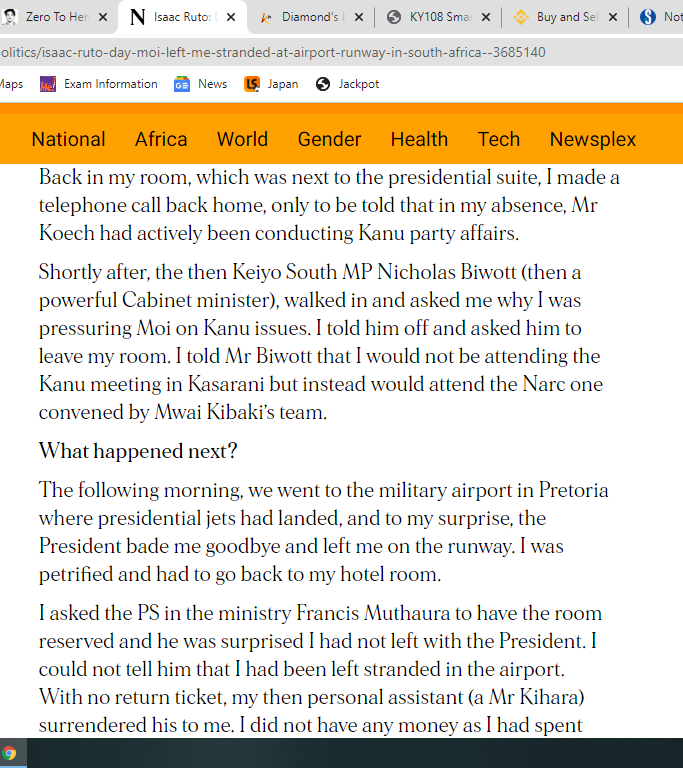 Isaac Ruto was stranded in South Africa and he had no Return ticket. He would later arrange to return to the country using his personal assistant's ticket.

"I Found Out My Mother Was Sleeping With My Husband For 15years After I Left The Marriage;Martha.

Steps for raising your kid well