Govt. Spokesperson Speaks On Claims That Ruto's Allies Were Abducted At the Bomas of Kenya

Government Spokesperson Oguna has called upon kenyans to make sure they stay calm and wait for the final announcement from the IEBC in the midst of the ongoing Presidential election vote counting process.

According to the reports given by Oguna, he claimed that it was so unfortunate that most people are currently sharing fake news all the time instead of waiting for the actual results from the IEBC Chairman Wafula Chebukati

Addressing this issue, Oguna has called out UDAs Itumbi for claiming that a number of Ruto's allies had been Abducted by police officers. In his own words, Oguna said no such thing happened.

"It's so unfortunate that Alot of people are currently spreading fake news on social media platforms and yet the country is currently waiting for the Presidential election results all over the place. We would like to call Upon kenyans to make sure they stay vigilant and calm in order to reduce the increasing number of fake news which is currently being shared all over the region before the oncoming General elections are released by the IEBC", Govt. Spokesperson. 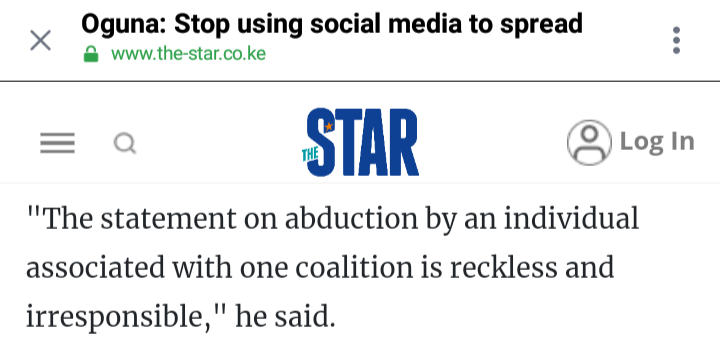 While reacting to this incident, kenyans who took to their different social media accounts to express their opinions and suggestions on the matter have called upon the inspector General of police along with the director of criminal investigations to summon Itumbi over his claims.

According to the reports given by most Kenyans, they claimed that it was so unfortunate that the government is yet to do something, about the increasing number of fake news being shared by bloggers despite the fact that the country is currently waiting for the Presidential election results from the IEBC Chairman Wafula Chebukati. 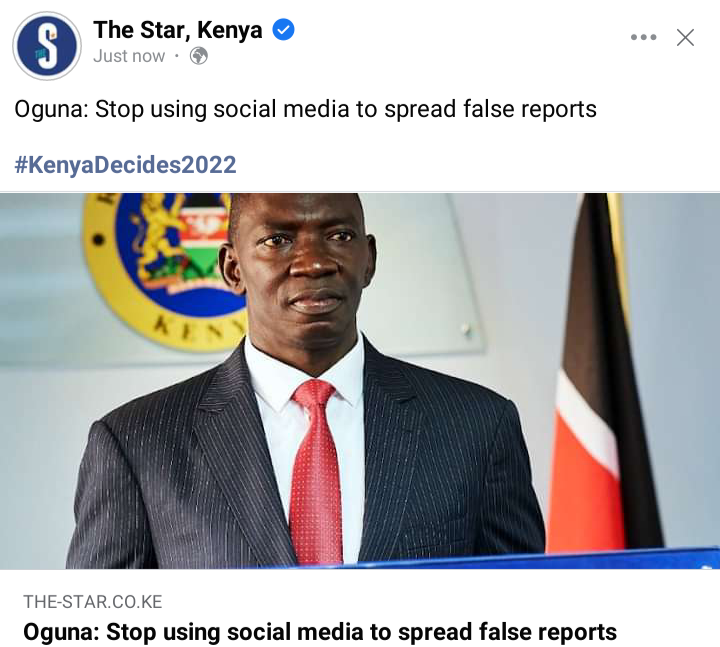