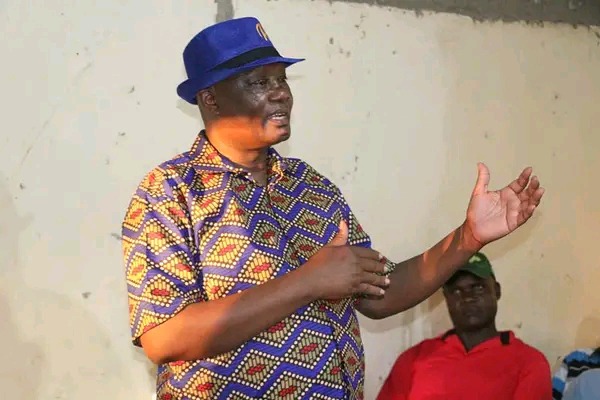 Busia Governor Sospeter Ojaamong, appears to be having a rough ride in his quest for the Teso South MP seat come the August 9 general election, with ground seemingly resisting his bid.

Up against the incumbent Geoffrey Omuse, who is vying as an independent candidate and former MP Mary Emase of UDA, Ojaamong has already hit the campaign trail trying to popularize his bid.

Though Teso South has been his key stronghold for the last 20 years, things appear to have changed this time round with the electorate always blasting the ODM Governor whenever he makes a comment.

On Sunday, after holding campaign meetings with youth groups, Ojaamong vowed to empower them, saying they are a very important component of the population.

However, this did not go well with a section of social media users, who swiftly blasted the Governor, saying that his promises are unrealistic.

Kenyans wondered why the former Amagoro MP has not been able to empower the youths for the ten years he has been in power as Governor, controlling billions of shillings. To them, there is nothing much Ojaamong will achieve in Parliament with meagre CDF funds.

While baying for the Governor's political blood, the angry Facebook users warned that it will not be business as usual for Ojaamong this time round, even as vowed to reject him at the ballot.

Going by the sentiments on social media, the 2022 general election could be Ojaamong's biggest headache after dominating the larger Teso politics for some two decades since trouncing Albert Ekirapa to win the Amagoro constituency MP seat during the 2002 general election.

IEBC Finally Uploads Form 34C, Here Is A List Of Presidential Agent Who Have Signed It

I Urge You Not To Appoint People Rejected On The Ballot To Cabinet & Ambassadors;Aukot Warns Ruto