By SirDrunkard (self media writer) | 4 months ago 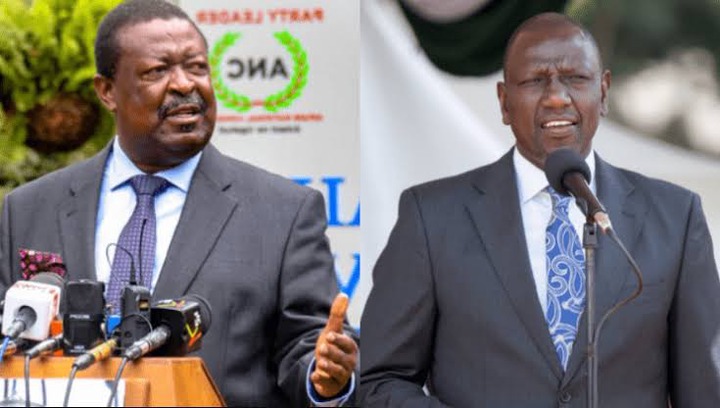 Lugari Member of Parliament, Honorable Ayub Savula, has today revealed that the ANC party leader Musalia Mudavadi accepted to work with DP Ruto after receiving a bribe of house worth KSh 300 million.

Honorable Savula stated that he was ready to swear an affidavit in court to confirm his remarks that DP Ruto offered theANC boss that bribe.

The Member of Parliament further disclosed that there is an ongoing secret pact between OKA and the Azimio La Umoja of Raila and Uhuru to join forces and produce a single presidential candidate.

"Musalia, Moses Wetang'ula, Cyrus Jirongo, Raila Odinga, Gideon Moi and President Uhuru Kenyatta signed an agreement. The agreement is being held by Uhuru. In the document, they agreed that they would work together to come up with one candidate in the 2022 election," Savula disclosed.

During a morning radio interview, The Member of Parliament explained that he got an information from the Jubilee Party secretary-general Raphael that Musalia Mudavadi had been offered a multimillion apartment.