"Who Are You To Decide For Us?" Angry David Ndii Hits Back After Being Told A Bitter Truth

By Komen2 (self media writer) | 2 months ago 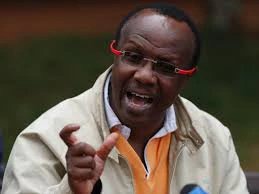 Even though David Ndii is considered one of the top economists in Kenya and the entire African continent, he dislikes being told the truth. Whenever the economist David Ndii is informed of a fact, he reacts aggressively. Since he joined the Kenyan United Democratic Alliance party of Deputy President Dr. William Samoei Arap Ruto, his behavior has deteriorated.

David Ndii, an economist, has responded on Twitter to a Kenyan who gave him nothing but the brutal truth. After being informed of the truth by Rinjete on Twitter, economist David Ndii challenged her indignantly why she imposes her dignity on others. He then proceeded to ask her who she would choose for them. During and after the presentation of the Azimio La Umoja One Kenya manifesto, several responses were expressed regarding the current mitumba clothing discussion.

The woman in question was defending Hon. Raila Amolo Odinga when she stated that a frayed Rivatex shirt made in Eldoret, Kenya that creates many jobs is preferable to mitumba clothing that is discarded abroad. David Ndii, an economist, was taken aback by her words, prompting him to respond aggressively."

But, Madam, why are you putting your "dignity" standards on others? Isn't my dignity indicative of how I feel about myself? Who are you to decide on our behalf? " The tweets of economist David Ndii 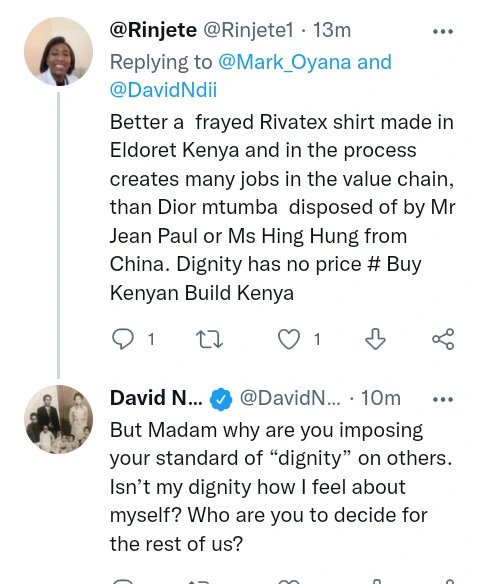