By demahom (self media writer) | 15 days ago 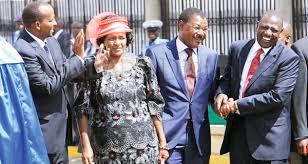 Moses Masika Wetangula is a Kenyan politician. He served in the government of Kenya as Minister for Foreign Affairs from 2008 to 2010 and from 2011 to 2012, and he was Minister for Trade from 2012 to 2013. Wetangula represented Sirisia Constituency in the National Assembly from February 2003 until January 2013. He was born on 13 September, in Western Region of Kenya. Senator Moses Wetangula is the party leader of the Ford Kenya party in Kenya.

Today, Senator Moses Wetangula Conspicuously missed at the Bomas of Kenya during the endorsment of Baringo County Senator Gideon Moi by KANU delegates as its presidential candidate in the fourth coming general elections to be held next year in Kenya. But the issue was quickly addressed as Chris Wamalwa said that Hon. Moses Wetangula was in the United States of America for Senate business.

"Guests arriving at the KANU National Delegates Conference at Bomas of Kenya. 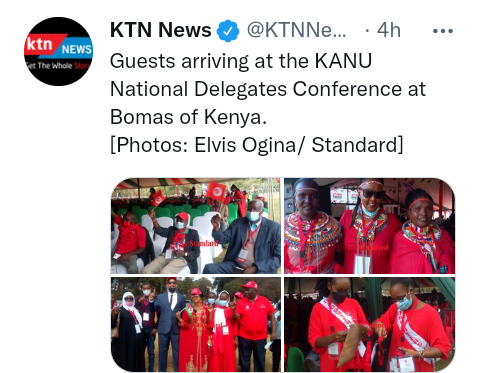