IEBC Chairman Makes Announcement Over Raila's Demands Ahead Of Elections 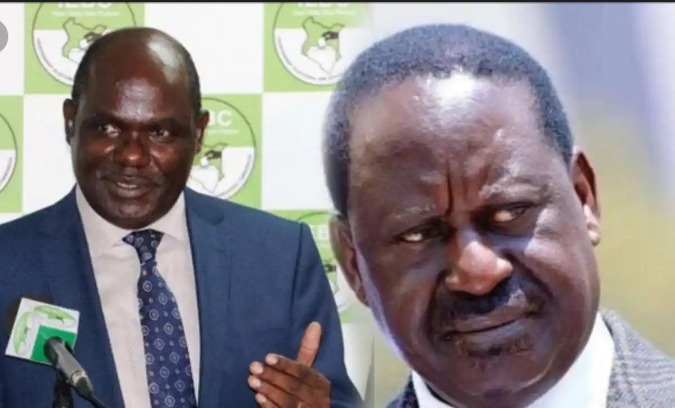 Raila's demands were dismissed by IEBC Chairman Dr. Wafula Chebukati, who informed him that it would be impossible to alter the organization's state of readiness for the elections in August. Politicians who made up lies to support allegations of election rigging in August 2022 have come under fire from Chebukati.

Speaking today in Nairobi, Chebukati reprimanded Hon. Raila Amollo Odinga, stating that the 2010 Constitution provides for elections and that if he chooses not to participate, that is up to him.

Raila Amollo Odinga, a presidential candidate for the Azimio La Umoja One Kenya Coalition, earlier urged the IEBC to stop taking sides in the presidential elections and remaining impartial. He vehemently denounced IEBC for collaborating with the opposition, particularly Mr. Moses Wetangula of the Ruto-led Kenya Kwanza.

Mr. Raila claimed that the Inform Lykos Company, which received the $3 billion IEBC contract after paying over $3 million in kickback bribes, intended to print extra ballots and pre-mark them. These ballots will enter Kenya through the Kenya-Uganda border, claims Raila.

Chebukati has stated that, despite the complaints made by the former prime minister, it will be expensive and difficult to change their earlier preparations. Elections will be free and fair, he has added, to demonstrate his innocence.

On Thursday, July 7, 2022, the first shipment of ballots for the upcoming general elections is anticipated. Please follow us, leave a comment, and share this article as we dissect Raila Amollo Odinga's option B in light of Mr. Wafula Chebukati's defiance of his demands.

We will receive a number of ballots today, and they won't be from Uganda or any other strange location; they are safe for the election, contrary to what some politicians have claimed 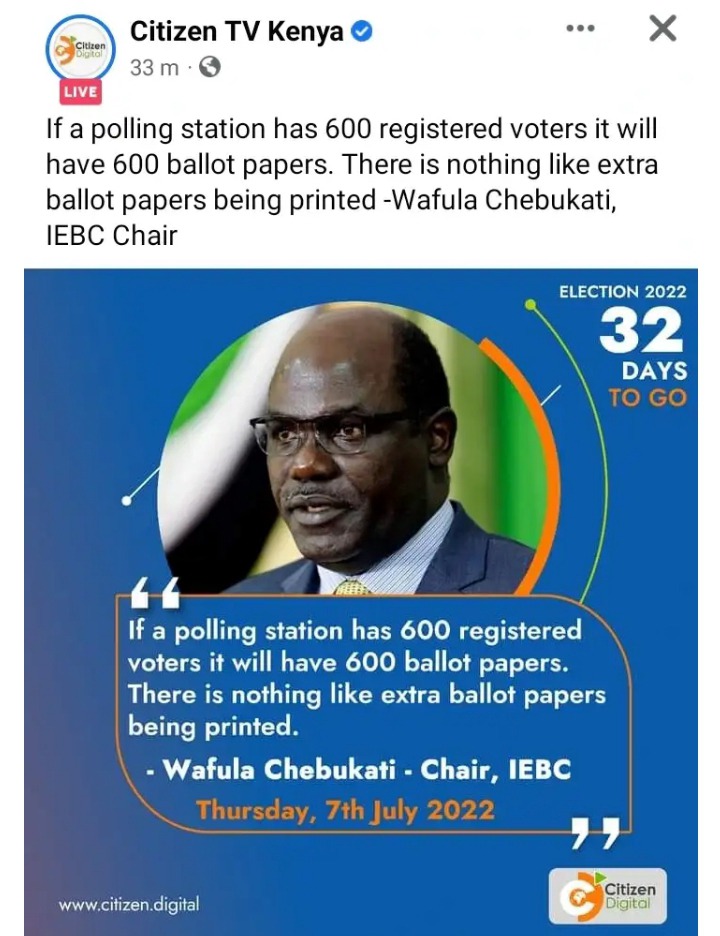 Bad News To Kenyans As The Price Of A 2Kg Maize Flour Changes, See The New Price

My Mom's Lover Used To Make Me Lift A 10 Litre Jerrican The Whole Day As Punishment. He hated me," Becky Shares a Painful Ordeal

Kenyans Have Been Left With Unpaid Bills To Settle From The Previous Government.