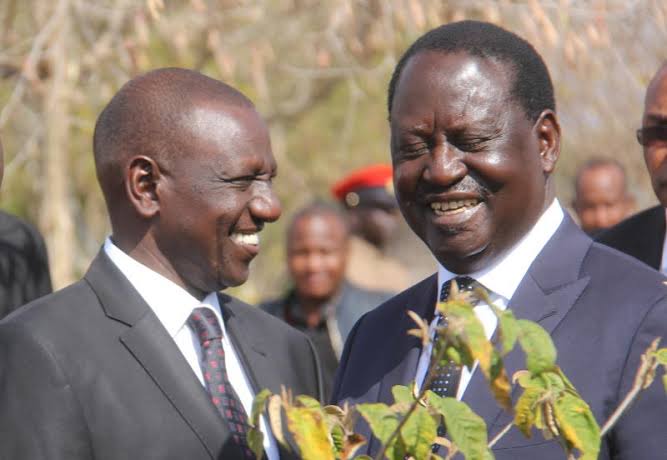 Yesterday, Orange democratic party leader Honerable Raila Odinga held a meeting with Ameru community leaders led by Governor Kiraitu Murungi. He was accompanied by some leaders in the region who claimed that it is time to make things right in the region ahead of 2022 general election. They promised to come together and Support Raila breaking the jinks that he can't be sold in Mount Kenya region.

Well, just a day after the meeting. Deputy president William Ruto has received some good News from the former Tharaka Nithi governor Honerable Ragwa, who has made a U-Turn and now has declared that he will support second in command come 2022. Honerable Ragwa has claimed that, despite being a member of another Party. He will be working with Ruto Come 2022. He termed him as a visionary leader who is ready to listen to kenyans. 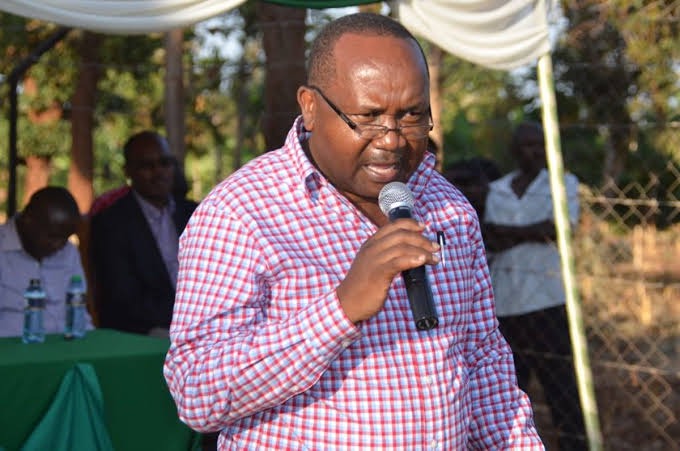 Honerable Ragwa has gone ahead to declare that, he will be vying for senator seat in Tharaka Nithi. According to him, he has Allegedly realised that, it is in the Senate where huge planning concerning resources allocation is done. In the video seen, he has claimed that after 2022 Election.

His mandate as senator will be asking the government to remit more fund's to the counties. He went on to say that, the national government is always remaining with a huge chunk of revenue collected and it is time that such resources are allocated to people, Either through projects, or other forms. 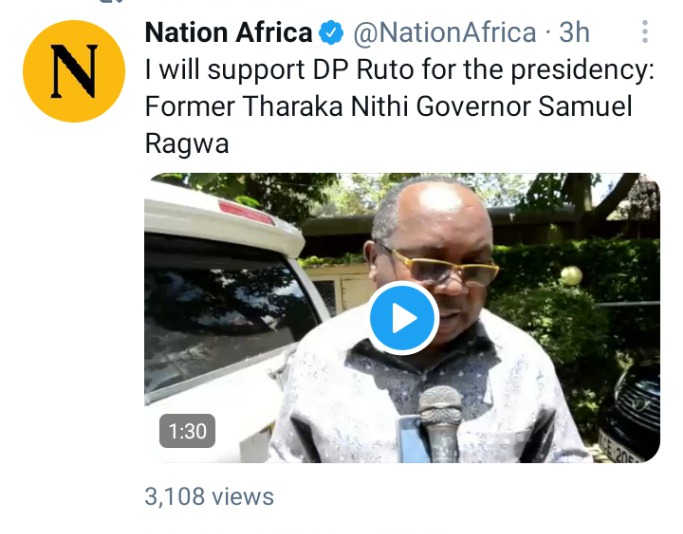