William Ruto revealed his cabinet yesterday, a move that has gaslit the political scene in Kenya especially because he has awarded most of his loyalists.

On the other hand, some big names were missing from the list including Ndidi Nyoro, and Dennis Itumbi, among others. However, he was in time to fulfil the 14-day promise that he had given Musalia Mudavadi.

During the electioneering period, Ruto promised that fourteen days after his inauguration, he would sign an executive order to create a Prime Cabinet Secretary position designated for Musalia Mudavadi, which he fulfilled on the last day which was yesterday. 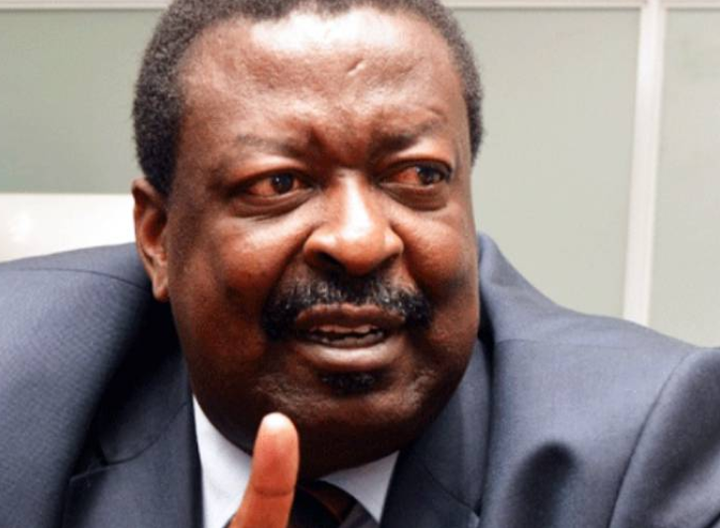 After his appointment, many were of the opinion that Mudavadi will drop his role as the party leader, as his boss had earlier advised the CSs he would appoint to keep off from politics.

Consequently, Mudavadi's party has released a statement thanking William Ruto for the appointment of their party leader for the PCS position.

They affirmed their confidence in him and says he is the right man for the job. However, on whether they would be getting a new party leader remains a mystery. 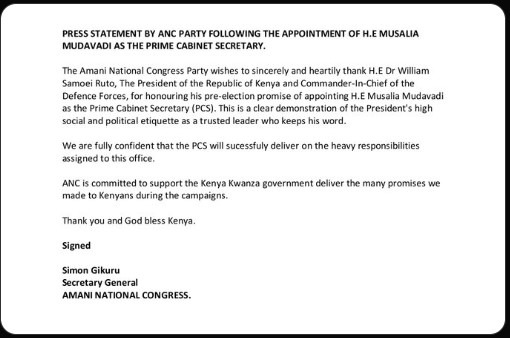 "I Want Ruto to Listen to Me, I Cannot Cheat Him" Manyora Sends Caution to Ruto Over Raila's Threats

News In: Raila to Hold Countrywide Rallies to Engage The Public on The Ouster of IEBC Vice Chair