It has been a very busy week with several important things unfolding. Some of them that are still fresh in our minds including the released KCPE results where the 2020 candidates produced good results amid the disruption of academic calendar by the Covid-19 pandemic. The candidates have been celebrated and showered with praise due to their good performance.

Another thing that has been going on over the week is the JSC interviews for the position of Chief Justice whereby the first half of the interviews ended on Friday and expected to proceed next week for the remaining candidates who are looking forward to take over CJ position from the current acting Chief Justice following the retirement of CJ Maraga.

Politics have also taken a better part of the week with 2022 succession stories featuring in various news headlines.

Turning to the Saturday Newspapers, the following are the main stories;

This newspaper focuses on the KCPE stars' dreams and their career plans. After excelling in their KCPE examination, the children share their dream careers and are aiming at achieving them.

Top performers in the KCPE yesterday continued to celebrate their excellent performance while revealing their choice of dream career as well as things and people who inspired them to achieve their goals. The top candidates could not hide their joy despite some of them holding mute celebrations amid Covid-19 restrictions. Faith Mumo, who emerged the best candidate nationally, revealed her desire to join Kenya High and her dream is to become a neurosurgeon. Samuel Wanyonyi from Nzoia Sugar Primary School scored 431 in the KCPE says his dream is to join Mang'u High School where he will be in a position to lay a foundation of becoming a pilot in future. Castro Williams who is only 13 years old from Crystal Hill Academy got 431 marks. William wishes to join Kapsabet Boys High and aspires to become a physician. 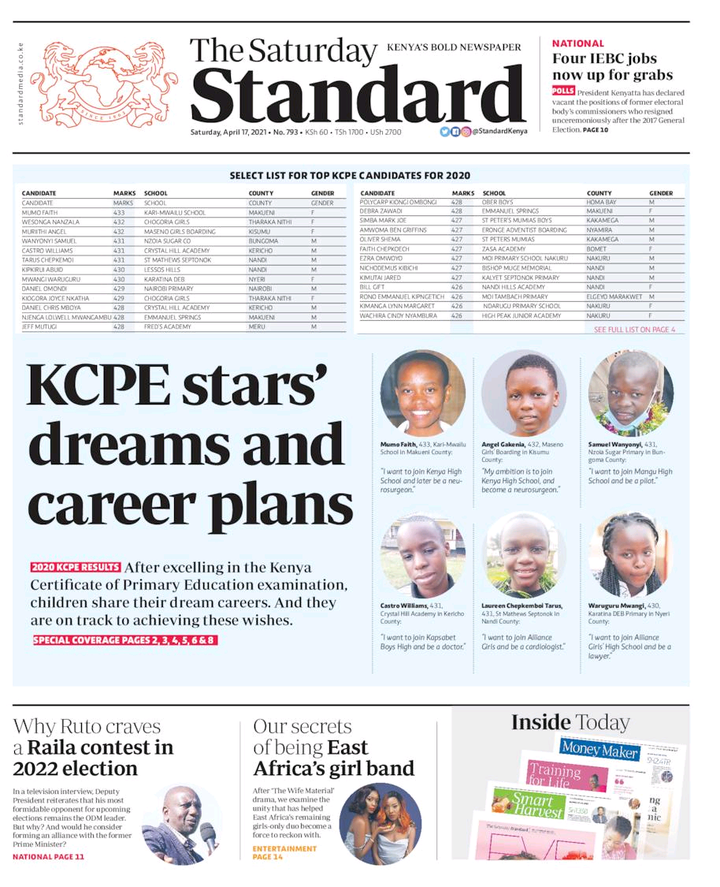 The story making the main headline in the Saturday Nation is about the curious rise of public schools. The public schools have for decades been the unwitting bastions of academic mediocrity with candidates only attaining average grades. However it has now after the 2020 KCPE results were released, appeared have discovered how to beat the private ones.

Another story on the Saturday Nation says that the Deputy President William Ruto now blames the President's advisors as well as those of Raila Odinga for his woes. Ruto says that certain people who advises Uhuru Kenyatta and the former Prime Minister have been the main contributors to the woes he is currently facing while in government. 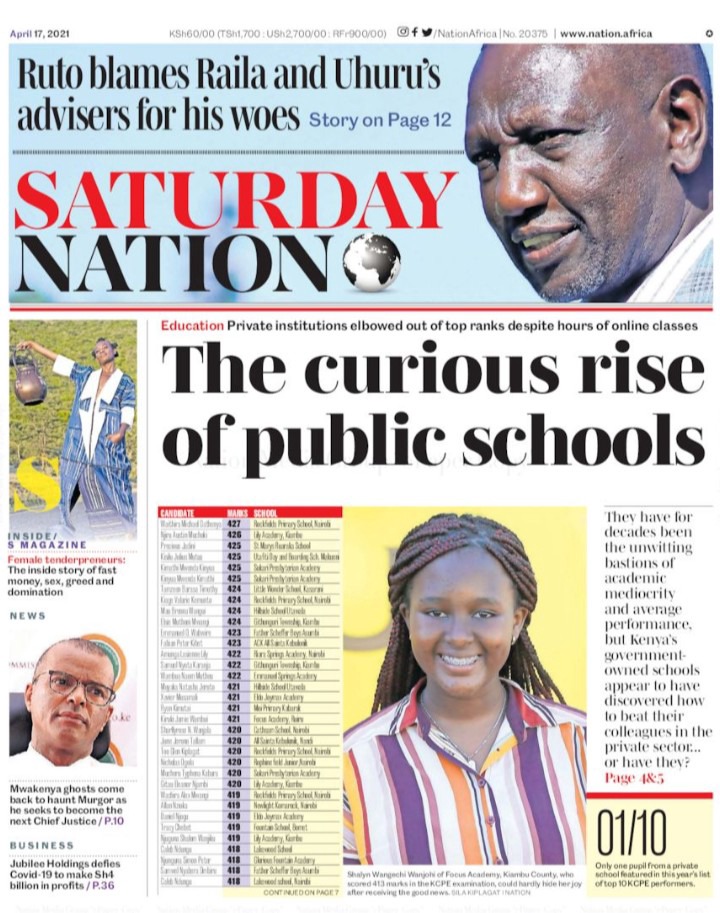 According to the story making headline on this Swahili newspaper is that Deputy President William Ruto has made it clear for the first time that he feels compelled by President Uhuru Kenyatta. According to the Taifa Leo Newspaper, William Ruto explains that after the 2017 General Elections, President Kenyatta stopped seeking his advice and instead surrounded himself with other people who forgot about him on various national and political issues, including the 2022 presidential bid.

Since the president's handshake with ODM leader Raila Odinga, there have been clear indications that the UhuRuto marriage is not stable. 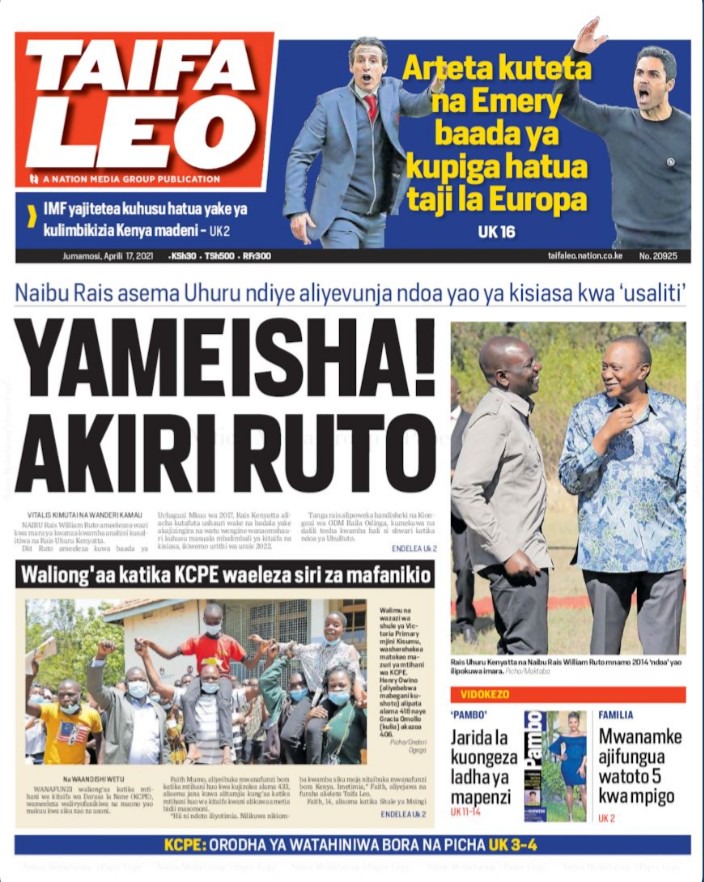