By GMogeni (self media writer) | 1 month ago

Ruto recently claimed that Uhuru had lost four years of his second term due to his handshake with ODM chief Raila Odinga. He argued that the government had gone astray when it involved opposition leaders. He has been at the forefront of criticism the Uhuru administration and even called the push for constitutional amendments the biggest fraud ever in Kenya. 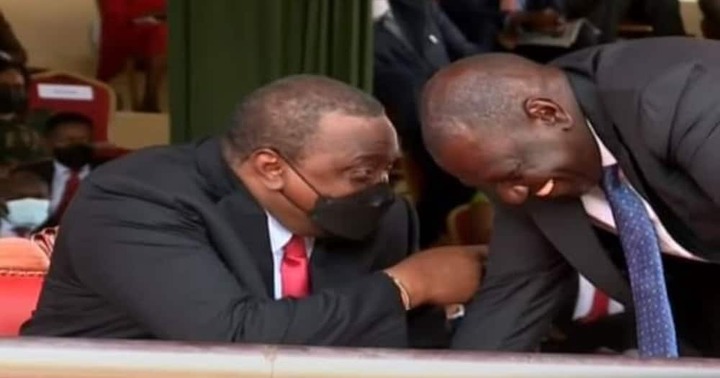 But on Wednesday, the vice president said Uhuru's legacy would be unprecedented after he stepped down next year. “Your place in Kenyan history is not only secure, but also important,” said Ruto. Speaking at Wang'uru Stadium in Kirinyaga County on Wednesday, Ruto also added that the country had witnessed what he called an "unprecedented transformation" in the past nine years under Uhuru's leadership. The Deputy President William made an about-turn concerning the performance of President Uhuru Kenyatta in his second term, praising the head of state during Mashujaa Day celebrations, citing the SGR, building more than 11,000 km of asphalt and connecting eight million Kenyans to electricity as some of the milestones that the Jubilee Administration has achieved. "You have been a transformative leader in Kenya. You have set the standards for the leaders who will come after you," said the Deputy President. 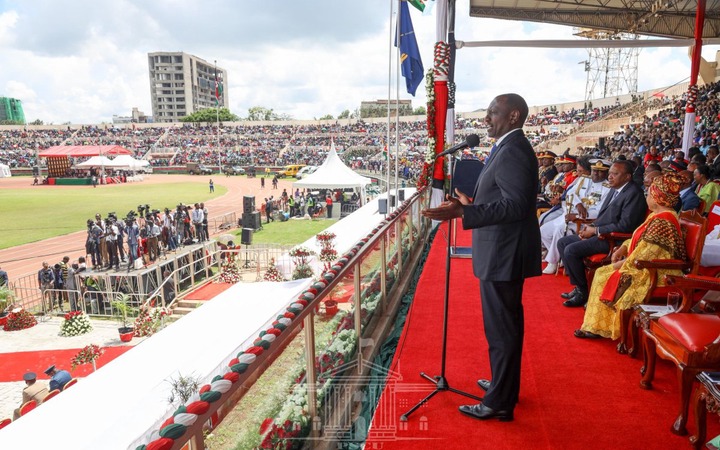 The duo's relationship broke up over the past four years due to differences over Uhuru's succession. His remarks came just a week after he accused the president of getting in the way of his plans in succeeding him while calling Uhuru and Raila "matapeli". Do you think the Deputy President William Ruto is Ready for the task to be the next 5th President of Kenya?