By News_pointer1 (self media writer) | 1 month ago

Raila and his running mate Martha Karua outlined their plans in an interview broadcast on five television networks and several radio stations around the country. One of them was the stipend promise he made.

"We're talking about a lot of Kenyans that live in poverty; roughly 2 million families with four individuals each family, so that's 8 million people, which amounts to 12 billion shillings per month." This translates to 144 billion shillings every year. "We've seen these kinds of thefts and losses before," Raila explained.

The former Prime Minister then proceeded to show where the money will come from.

Raila claims it is not a fictitious figure, but rather a realistic program, while explaining why he chose Sh. 6,000. 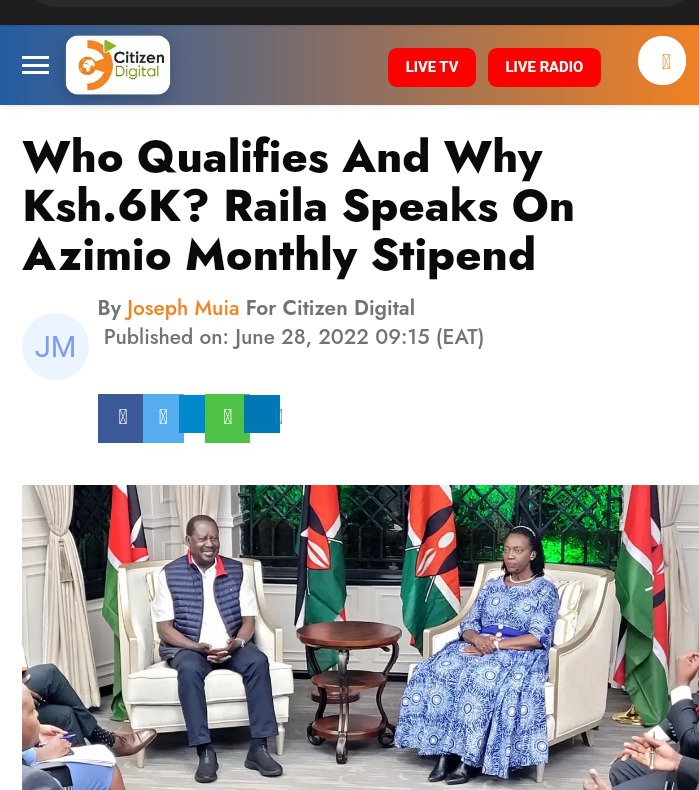 Content created and supplied by: News_pointer1 (via Opera News )

Investigation On Death Of IEBC Officer Takes A New Twist After Postmortem.