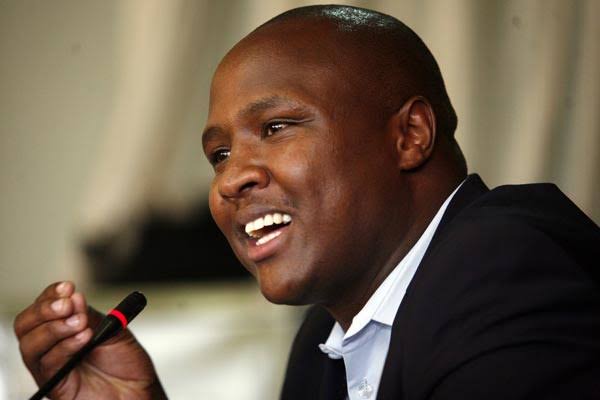 With less than a year and with Open transfer window in politics, some political leaders are taking the advantage to align themselves with their preferred presidential candidate.

Nandi Hills Alfred Keter had been silent since the 2017 general elections. The legislator who has since been branded a rebel in the Jubilee party has been vocal when it comes to issues around integrity and corruption.

Before he went into 'hiding,' Keter had come out as the main critic of Deputy President Wiliam Ruto. 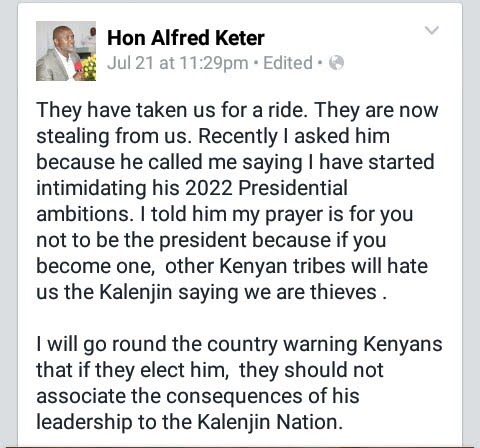 He had even gone to an extent of declaring that he would mount a campaign across the country to sensitize Kenyans not to elect the DP as the next president in the 2022 general elections.

However, swallowing his pride, the stubborn MP vows to rally behind the Rift Valley boss ahead of next year general elections.

Speaking in his Constituency(Nandi Hills), he is firmly proclaiming to support Ruto to run for presidency under the UDA party.

The United Republican Party (URP) was a political party in Kenya that was founded in 2012 as their vehicle for the March 2013 general elections.

In order to form Jubilee party, 12 parties among them were URP and the TNA(Uhuru's party) were dissolved to form one vehicle that was used for 2017 general elections.

However, Keter was against the URP party folding since he was mainly concerned about the future. This was allegedly that caused the MP to against Ruto after the 2017 elections.

"I was strongly against folding of URP party in 2017. You asked me to join Jubilee and I did that because I had no otherwise. Now I'm with the people and people will never end. The people are currently in UDA and that is where I'm also. Let us all support Ruto and do not ask who and who is a genuine supporter of him, we all love him," Keter stated.