Just a day after the general elections, big surprises have hit political arena where a number of political bigwigs have been defeated in the race to various political seats. Some have already conceded defeat while others are still in the state of disbelief after investing a lot of resources in the campaign period.

Below are some of the big names that have already been defeated in their political quest from their counterparts in various seats.

Kabando who has been an Azimio ally has already conceded defeat in the Nyeri senatorial quest to his counterpart where he has already congratulated the winner as he also thanked the voters for making their decision, he however, stated that he will remain active in the matters of public interest. 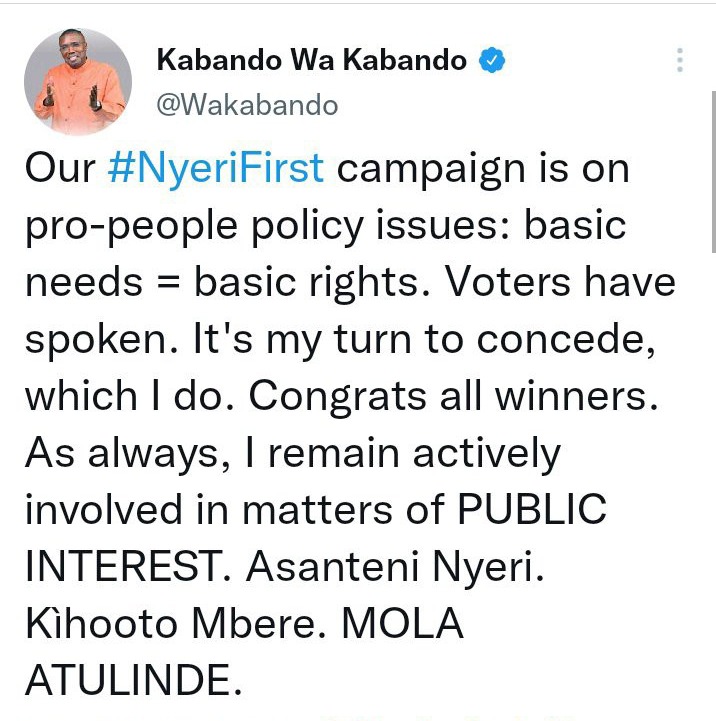 Amos Kimunya who has been serving as the National Assembly Majority leader and the Kipipiri MP has conceded defeated after being floored by the UDA candidate in the area.

Korir who has been serving as the Lang'ata MP for the last five years has been shown dust by comedian Jalang'o who emerged the winner in Lang'ata costituency. Jalang'o was an ODM candidate while Korir was a UDA candidate. 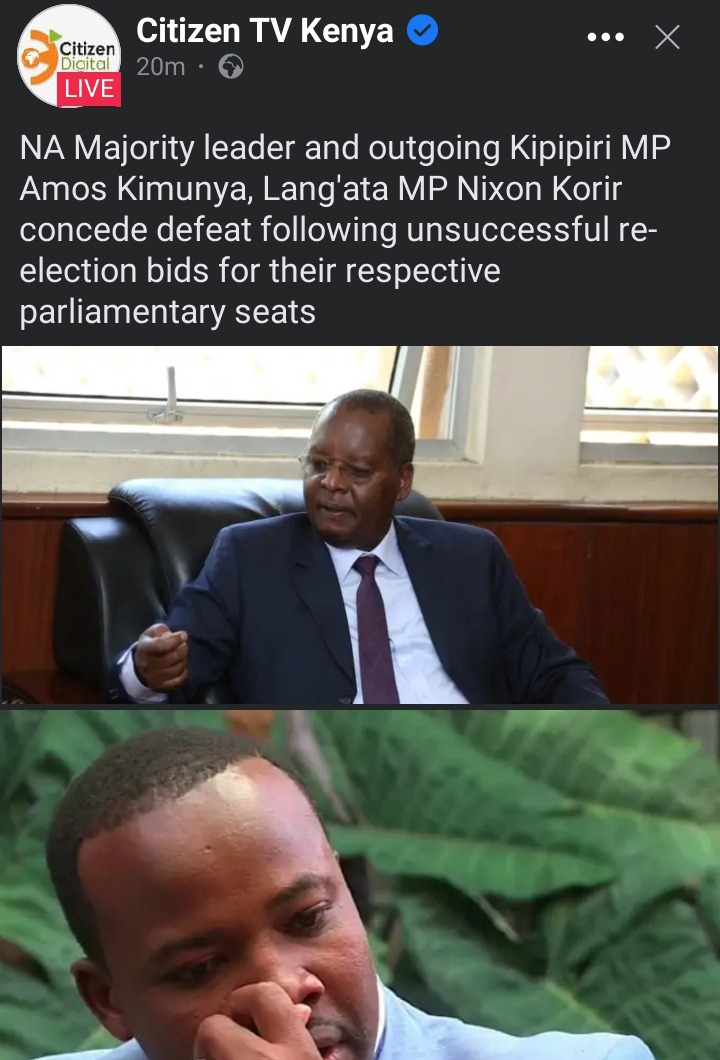 Jubilee Secretary General Jeremiah Kioni has also been floored by a UDA candidate in Ndaragwa costituency in the race to the Ndaragwa parliamentary seat. In his message to his voters, he thanked them for entrusting him for the last years as he conceded defeat. 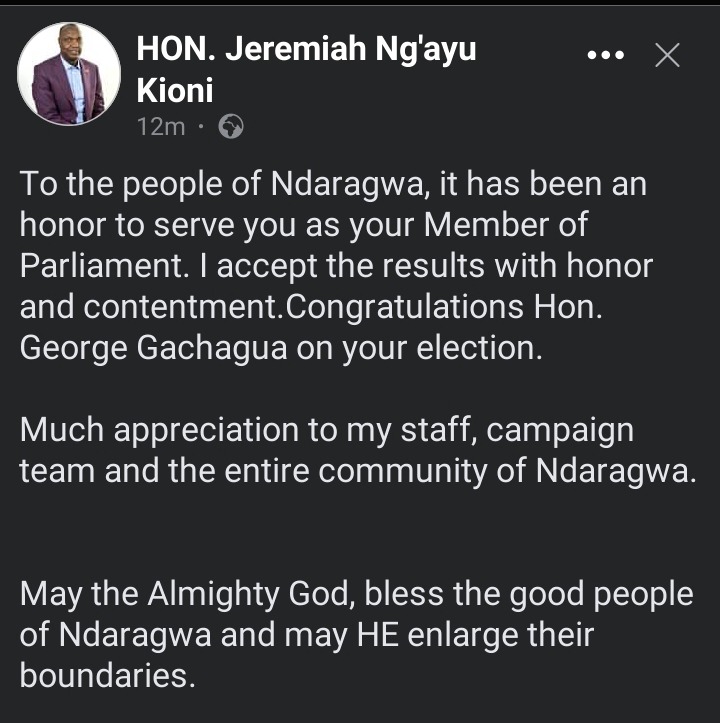 Embakasi West MP George Theuri has also been defeated in the area despite serving the region for the last ten years, he was defeated by the Jubilee party candidate Mark Mureithi Mwenje who will now be installed as the new area MP. 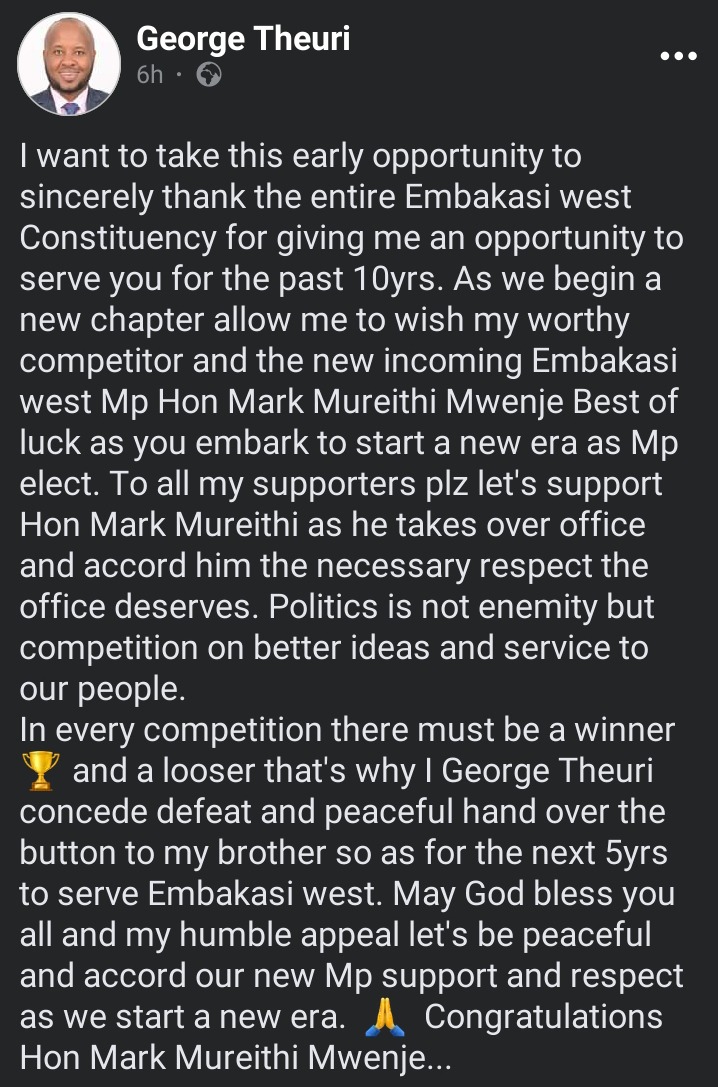 The outgoing Busia governor Sospeter Ojaamong who was also contesting in Teso south Parliamentary Seat has also conceded defeat after being shown dust by an independent candidate on the area. 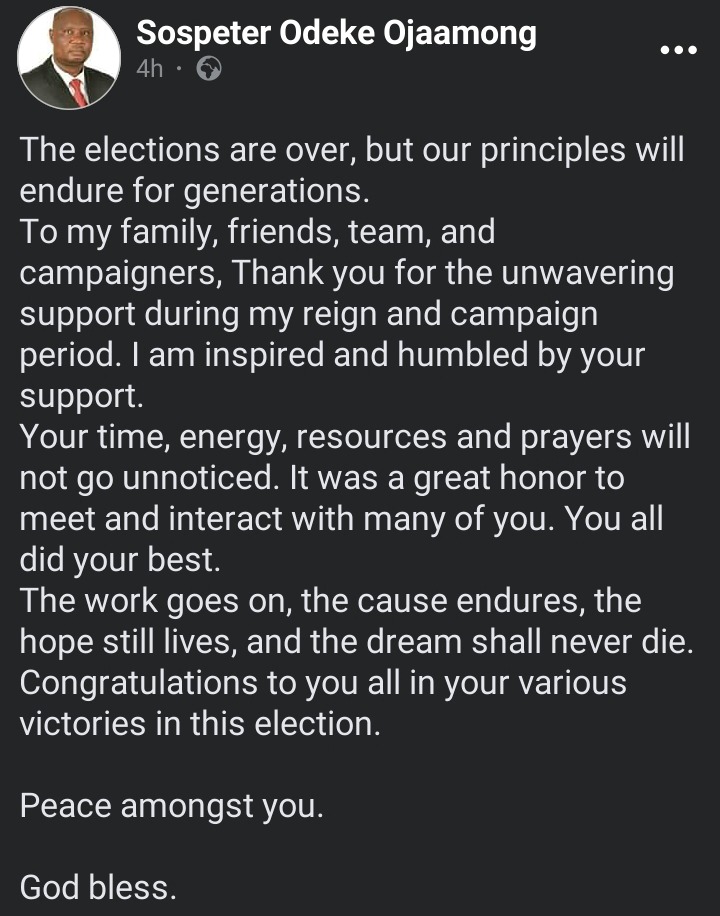 Gatundu South member of Parliament Moses Kuria also conceded defeat in the Kiambu gubernatorial race after sensing an earlier defeat despite the results still not yet full confirmed.