By Elitewriter (self meida writer) | 23 days 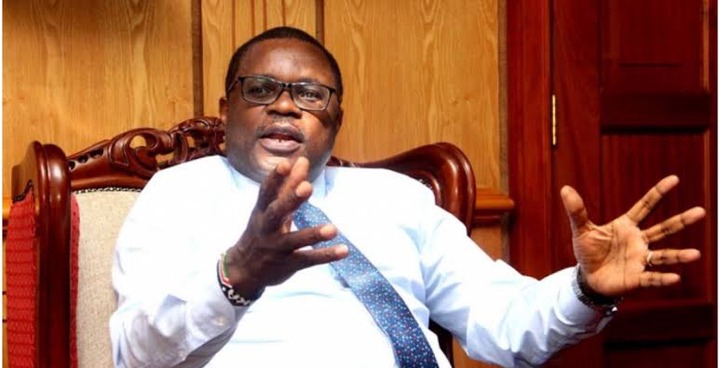 Ken Lusaka is currently the speaker of senate. He was the first governor of Bungoma county under the 2010 constitution. He has rose through the ranks to be the third most powerful person in Kenya.

He served as district officer during moi regime . He was very powerful then and moi sent him to undertake various activities on his behalf. He was used to frustrate politicians who seemed to oppose Daniel Moi government

The late Nyachae and Saitoti felt the effect of opposing moi where they were frustrated as narrated by Lusaka during Ktn interview. After excecuting his duties well he was promoted to be assistant provincial commissioner and served under Cherutich.

It is no secret Lusaka has been successful career wise during his lifetime. He hopes to have comeback in the Bungoma gubernatorial race

He has experience in governance since his early life in government and politics .We wish him the best in his political life

Content created and supplied by: Elitewriter (via Opera News )

BBI Is Back Through Backdoor? Mp Jeremiah Kioni Drafts Unexpected Bill, Set To Table It In The House

Just in: The Husband to CS Amina Mohamed Has Died at Nairobi's Karen Hospital