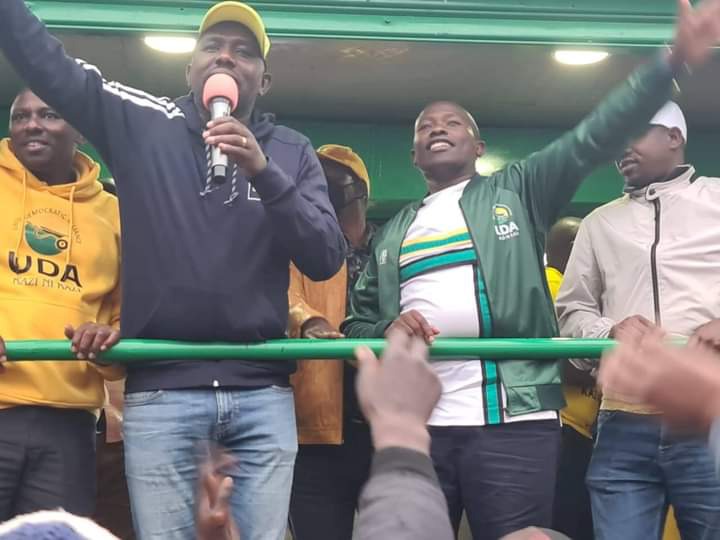 Hustler Nation has brought business to a standstill in Kiambaa as they finalize their campaign trail. The mammoth crowd that has come to receive Hustler Nation was last seen in Jerusalem when Jesus was received by his followers.

Murkomen was among the long list of Ruto allies present in the rally and he was warmly received with jubilation in Kiambaa. The locals chanted his name and cheered him like a King as he picked the mic to speak. 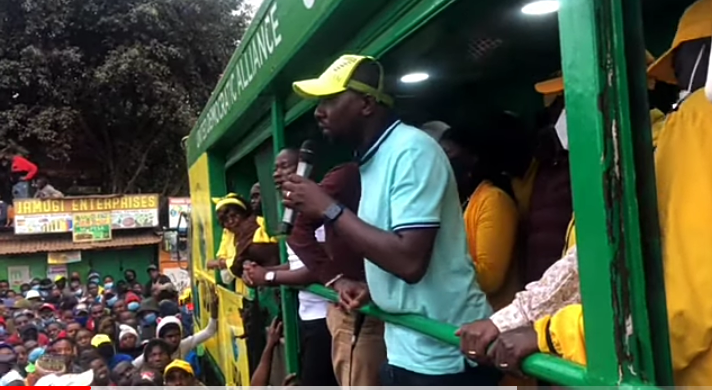 Thanking them for their warm welcome he drummed support for UDA candidate John Njuguna saying he is a hustler who has a vision for them. He compared himself with John saying he first got the senatorial seat when he was young and broke. They should not hesitate to give him the job.

In addition, he castigated the incumbent governor Nyoro says that his intimidating won't amount to anything. Hilariously, he pointed out that the governor has never been elected by anybody remembering that he took over from Ferdinand Waititu. 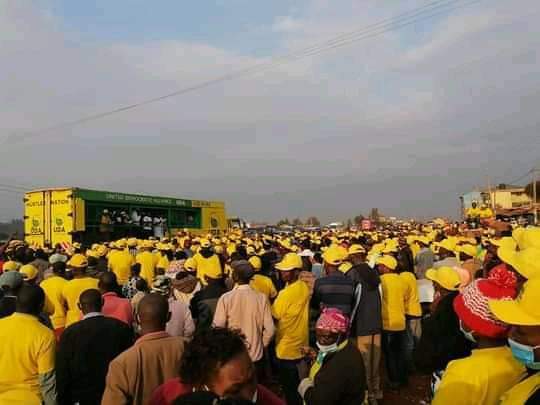 He condemned such acts saying Hustlers cannot be intimidated by police and chest thumbing as their choice is already made. This came after the senator was infuriated with Nyoro's actions to send police to block the youths competing in the Hustler Youths tournament

The finals fit the cup that has been going on for the last six weeks was slated today in Karuri primary school only to be stopped by the unelected governor. This however has not stopped them from throwing their weight behind John Wanjiku.

His reception shows how hustlers across Kenya are ready for the oncoming 2022 General election. Deputy William Ruto has been consolidating his influences in his backyard and Mt Kenya to enable him to clinch the top seat. Kiambaa's by-election is just testing the waters and UDA seems quite confident on possible outcomes.

Content created and supplied by: Dr.Life (via Opera News )

Kalonzo Musyoka Exit From NASA Creates A Buzz, Role He Was Given During NASA Fund-drive Revealed