By Josephlesegeem (self media writer) | 2 months ago

The coming 2022 Election had been the target and long waited event not only by politicians but also by entire Kenyans. Due to that, political are using this period to sharpen themselves in all means possible.

After Kondele violence, many leaders commented about the incident, others condemning while some isolating themselves from suspected cause of the incident. As this continues, another hot topic arised which attracted many people eyes.

Johnson Muthama, The United Democratic Alliance (UDA) chairman has called on the Independent Electrol and Boundary Commission (IEBC) to disqualify ODM from participating in next year's elections due to violence arising. According to report from reliable sources, a statement released by Muthama, insisted that IEBC should take action towards Orange Party for the act of violence occurred in Kondele on Wednesday, November 10. 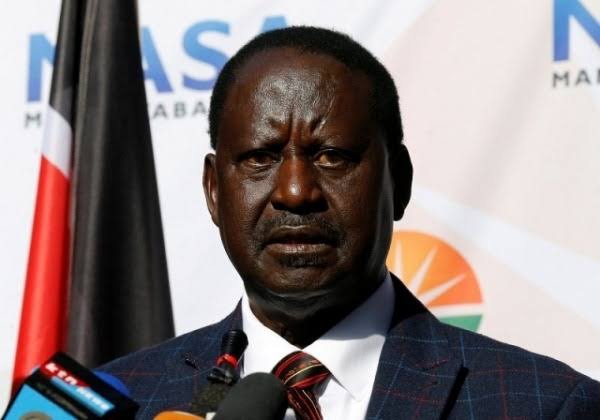 "Curiously the Kenya Police, National Cohesion and Integration Commission (NCIC) have remained aloof and have not acted in a way that would inspire confidence from Kenyans. The Independent Electoral and Boundaries Commission (IEBC) should take action in discipline ODM party by even disqualifying them from participating in the coming general election", read the statement.

The party Chairman said the stoning of Dp Ruto's campaign witnessed at Kondele is an alert to Kenyans and other peace making institutions. He also said that IEBC should stamp authority during the campaign to investigate politicians who propagate hatred and even ban them from vying any post. Finally he reputed his side UDA, that they had been doing their campaign peacefully without violence.

"The NCIC has been lethargic and carefree at best. This is a commission best known for organizing workshops at top hotels with nothing to show for it. The commission should by now have arrested an emerging pattern where politicians of certain political earnings have been using words that can be construed as intended to incite Kenyans. The IEBC need to come out in force and say in no uncertain terms will it allow politicians inciting Kenyans to contest in the elections. UDA has been committed to peaceful campaigns and has gone out of its way to warn its aspirants of being disqualified if they engage in violence; this is what we expect from all other political and non-political players in the country participating in next year's elections," he wrote.

Content created and supplied by: Josephlesegeem (via Opera News )