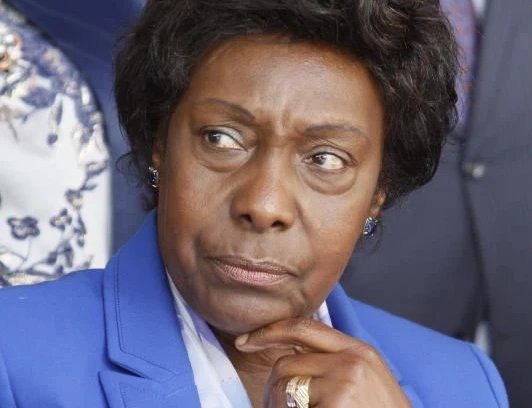 Trouble may be brewing in Raila Odinga's Azimio la Umoja camp as a result of Kitui Governor Charity Ngilu's recent demands on the former premier.

At a consultative meeting with a segment of grassroots leaders chosen from Kitui at the Kitui stadium, Ngilu noted in Kitui on Wednesday that a running mate post for Raila Odinga appeared to have gone to Central Kenya.

She argued that because Kalonzo Musyoka held the role during the Cord and Nasa coalitions in 2013 and 2017, the Wiper Party should be incorporated into the Azimio movement and given back his status.

In a move that is expected to create turmoil among the Azimio camp, which Ngilu has been backing, Ngilu stated that they will not resign as Ukambani leaders and enable Mt Kenya to assume the role.

She stated that they will battle for their area and will refuse to sit back and be given stories.

By all accounts, the Mount Kenya region has snatched away the running mate post previously held by Kalonzo Musyoka during the Cord and Nasa coalitions. We are requesting that Kalonzo be reinstated in his role as Azimio's deputy. Have a look at a portion of Ngilu's remark.

Perhaps a photograph of two people with the caption "emo Fm..NenyooTugul". There are numerous indicators. The Mount Kenya people have abandoned Kalonzo's running mate position under Cord and Nasa, but we are requesting that Kalonzo be restored to his position within the Azimio alliance. We must fight for our place rather than passively listening to stories. NGILU GOVERNOR'S CHARITY Emoo FM's YouTube channel '

This comes as Peter Kenneth has been touted as one of the most likely running partners for Raila Odinga, who is counting on Mount Kenya's support in the August national elections.

This has made it difficult for Kalonzo to bargain with the Azimio squad, as he will receive no position in exchange. Lee Kinyanjui of Nakuru County and Ndiritu Muriithi of Laikipia County are also vying for the role. 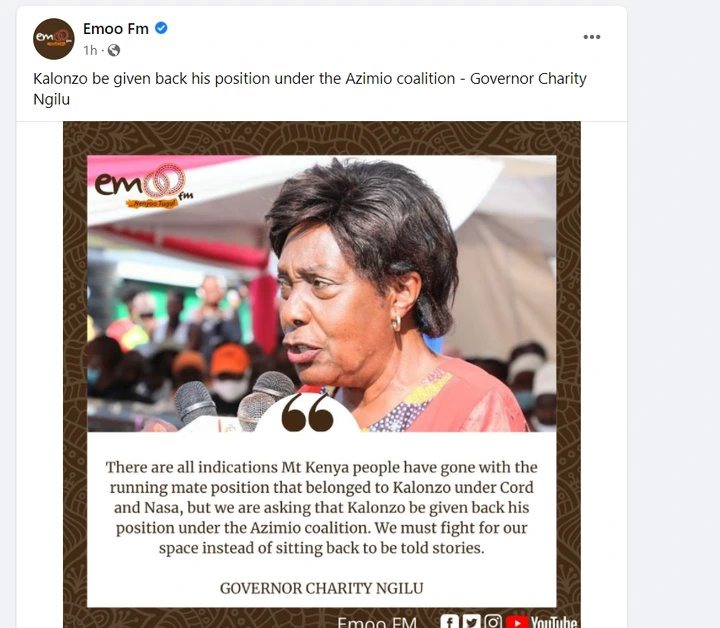