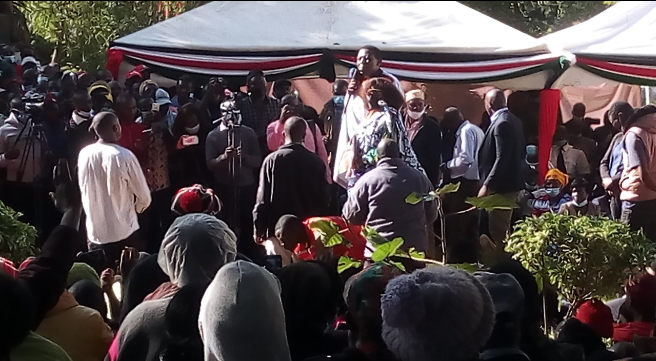 Newly appointed defense cabinet secretary Eugene Wamalwa was endorsed as luhya kingpin in a not-so-politically charged event at his home in Milimani, Kitale.

Eugene was declared as luhyia spokesman in an event that was graced by veteran politicians Dr. Noah Wekesa and former nominated MP Patrick Wangamati, who doubles as chair council of luhyia elders. Local serving elected leaders shunned the event as most of them belong to a rival camp.

The CS thanked President Uhuru Kenyatta for having faith in him after being moved from devolution to the plum defense docket. Previously Eugene served as CS for water and as a minister for justice during the twilight days of Kibaki era.

Wamalwa brought the symbolic Kenyan flag to his home, plucked from his official car, signifying the change of task from devolution to defense.

The chair of luhya elders’ council tasked Eugene Wamalwa with the role of showing the community the way ahead of 2022 succession politics. In a nutshell, Eugene dropped the bombshell of his future presidential ambitions and attributed his recent reassignment to his ability to work.

He is seeking to complete that journey that was started by the legendary Masinde Muliro and his late brother Michael Kijana Wamalwa, who was Kibaki’s Vice President.

The CS is reportedly behind the formation of Democratic Action Party of Kenya (DAP-K). The party is projected to field various contested seats in the next general election. 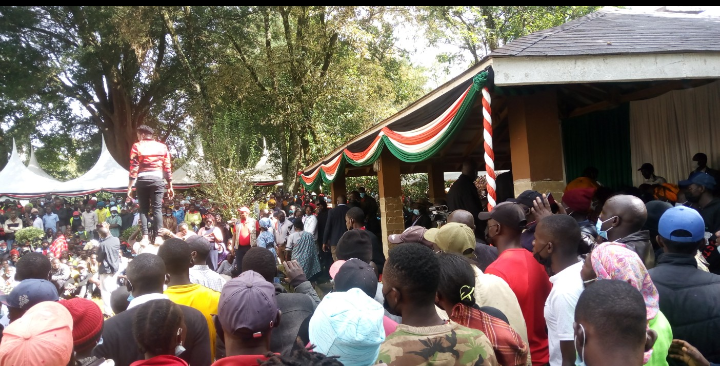