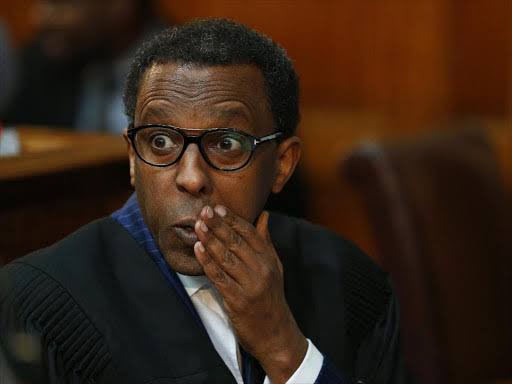 For a period of time now, lawyer Ahmednasir Abdullahi has been hitting hard at ODM party leader Raila Odinga. He has not been giving Baba anytime to rest as everytime he has been speaking, he has been leaving Raila Odinga torn apart.

Today, things turned ugly as a Raila Odinga's debate left Ahmednasir Abdullahi famously known as the Grand Mullah clashing with another popular lawyer known as Donald Kipkorir. That started after Kipkorir claimed that Raila has been robbed off presidency severally but he will still vote for him in the coming general election.

"In 2007, I voted Raila Odinga for President … I repeated in 2013 & 2017 … I will vote him until he occupies State House ….. God knows how many times his victories were stolen but the Heavens know when to balance the scales. We will stand firm with Baba till the heavens fall!" Tweeted Donald Kipkorir.

It did not take long before Ahmednasir Abdullahi came out to respond to Kipkorir as he claimed that Raila Odinga has never won any presidential election in the country.

"He never won a single Presidential contest. Winning is not a "state of mind". Winning is garnering the highest votes in the contest." Tweeted Ahmednasir Abdullahi. 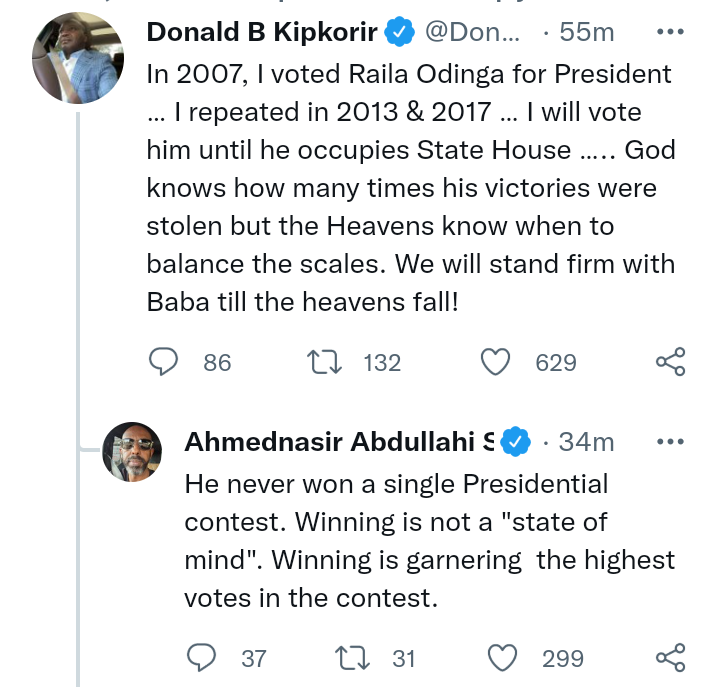