By Teachersnewsforum (self media writer) | 1 month ago

Dp Ruto turned emotional as he reveals how he supported Raila in 2007 with all his heart and Uhuru in 2013 and 2017 respectively only for the duo to gang up for his ambitions to become the next president of Kenya. 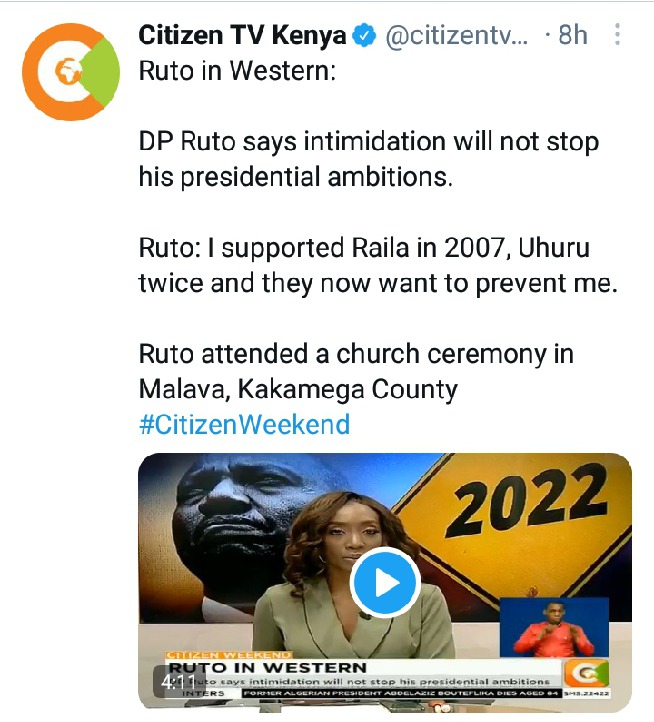 According to William Ruto, he added that he won't be intimidated by the move of the duo go stop his presidential ambitions ahead of the much awaited 2022 polls.

While addressing the congregation in Western Kenya, the DP added that he won't be intimidated anymore as he urged the church to continue praying for him. 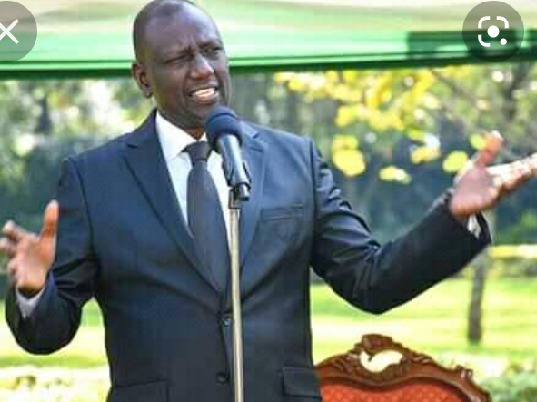 The DP added that he supported the duo in the past decades and he now wonders why they are against his presidential bid if he tries to uplift the livelihoods of the 'mama mboga' and hustlers to improve their living standards.

Ruto turned emotional as he reveals what he did for the duo as he express that he won't attack them back but urged them to stop their intimidation before he leaks what the duo did to his allies.

According to Ruto, he claimed that the suffering Kenyans,are undergoing through is due to the handshake deal between president Uhuru Kenyatta and former prime minister Raila Amollo Odinga.

According to Ruto, he added that despite intimidation and threats, he believes that he will overcome the move by the duo to stop him in order to rescue Kenyans from corruption and increased fuel prices.

According to Ruto he believes that despite their intimidation, he believes that he is the savior for the pain the Kenyans are currently undergoing through. He further added that despite helping the duo, he will not force them to support his 2022 presidential ambitions. Do you believe with the statements by DP Ruto on this matter? Kindly share your views and comments in his claims.

Content created and supplied by: Teachersnewsforum (via Opera News )

Ruto's Running Mate Choice From Mount Kenya That Will Surprise Everybody In Coming Elections:Opinion