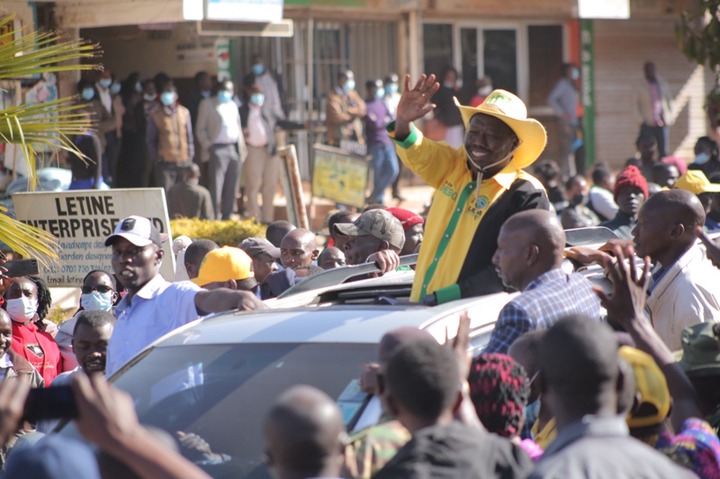 PHOTO; Benjamin Cheboi in a Past UDA Rally

Unfortunately for UDA's Cheboi, his rivals emerged with allegations that the primaries were not transparent insisting that voters in far flung areas did not vote. They also claimed that some ballot papers from Tiaty East and Tiaty West had already marked ballot papers when they were brought into polling stations.

As such, UDA party primaries losers led by Incumbent Governor Stanley Kiptis and Eldma Ravine MP Moses Lesonet have ganged up against UDA's Cheboi and redeclared their bids despite losing in party primaries.

Governor Stanley Kiptis has teamed up with Mr Richard Koech who had earlier dumped UDA and joined Isaac Ruto's Chama Cha Kazi. He is now vying on an independent ticket.

The two ( Kiptis and Lesonet ) who lost in UDA primaries have declared war on Benjamin Cheboi accusing win of rigging to win the UDA ticket. This development has muddied the waters for UDA party which was looking forward to easily winning the seat.