By Becky (self media writer) | 4 months ago

Through a series of tweets on Saturday, October 1 morning, Kainerugaba - who is the commander of the land forces of the Uganda People's Defence Force - said that the government had obliterated external enemies, and now security agencies are refocusing on eliminating internal threats that "stand between us and a harmonious and progressive society."

"We have defeated all violent terrorists that were threatening our country. We shall now destroy all obstacles that stand between us and a harmonious and progressive society!" He tweeted.

Kainerugaba also heaped praise on the United States of America, but he faulted a section of police officers in the super power country whom he says are racist.

"The United States is a very great and powerful country! A country I personally admire at many levels. I lived in it for 14 months. But I could not ignore the sheer terror the Police would impose on my fellow blacks we were out! Is that peace?"

President Museveni has been in power since January 1986. Ugandans opposed his rule anticipate that Museveni, 78, is preparing his son to succeed him when he finally relinquishes power. 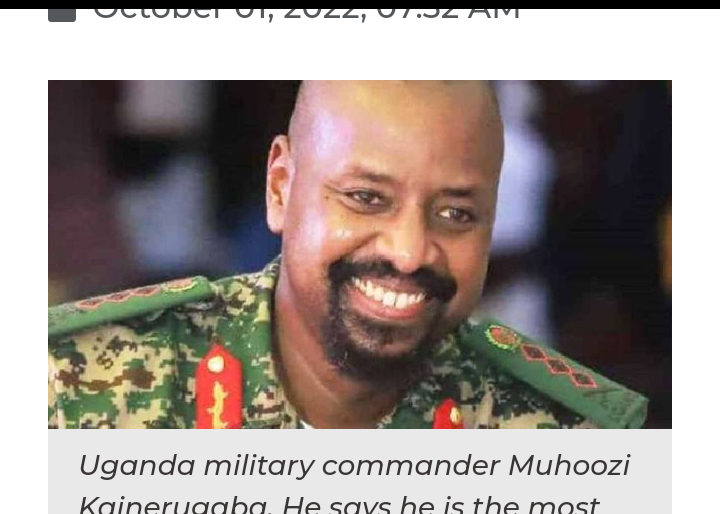 Kainerugaba, however, concluded his early morning tweets by;

"Is there another social media platform that is more fair than Twitter? I know I am the most handsome General on earth, but I can't waste my time showing all of you how handsome I am."