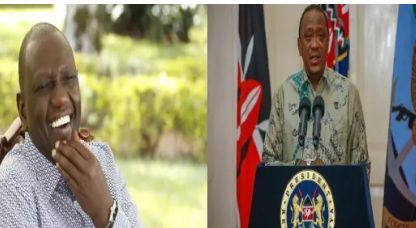 President Uhuru Kenyatta is experiencing a major blow as trouble continues to mount in his ‘bedroom’ with his allies now switching camps . On Wednesday , 23 June , Uhuru’s camp lost three allies two Ruto’s camp . Kiambu Woman Rep Gathoni wa Muchomba, MPs David Gikaria (Nakuru Town East) and Samwel Gachobe (Subukia) met Ruto at his official residence and promised to support his 2022 presidential bid .The three MPs have been key supporters of Jubilee faction allied to president Uhuru Kenyatta. The exit of the three from the Jubilee camp as expected to give a major boost United Democratic Alliance (UDA) party which is allied to DP Ruto . 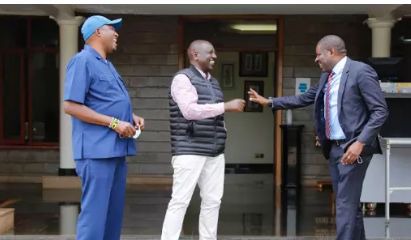 By now , it is only senator Kimani Wamatangi , MPs Peter Mwathi and Jude Njomo that are remaining in president Uhuru Kenyatta’s camp in his backyard . While speaking to the media after joining Ruto’s camp, Kiambu Women Rep Gathoni Wa Muchomba said she took a back seat to read the mood of the people of Kiambu before making such a decision .

“Upon consultation with the Kiambu electorate and myself, I have made this decision to ditch the party that took me to Parliament and ride on what my people want .I have listened to what the people of Kiambu are telling me, I have taken their advice and am now firmly in support of Ruto to succeed President Kenyatta. The hustler nation ideology and the bottom-up economy resonates with majority residents of Kiambu County,” she said.

According to the Women Rep, the merger of Jubilee with ODM was against the will of the people.She said that she could not agree to joining ODM party.

”Personally I won’t join ODM. We campaigned as Jubilee and won as Jubilee; this business of merger without consultation is what we are resisting now,” Gathoni stated.

However , Muchomba lamented that Jubilee luminaries did not consult them on plans to join hands with ODM ahead of 2022 polls.

“We were not consulted nor informed; we were taken by surprise by the party’s move. The ground is saying otherwise, we must be where the people are and that is where I am moving to without regrets,” Gathoni said. 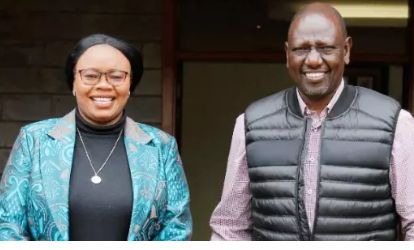 The women Rep said that she has been silent for more than three months weighing her options, noting that her absence from the public limelight had sparked anxiety which she sought to quell by her action. The recent shift by politicians in different camps are expected to be witnessed even more ahead of the 2022 general elections .